The Central Criminal Court for Corruption Cases has issued warrants for the arrests of former Kaeng Krachan nation park chief Chaiwat Limlikhit-akson, his two former subordinates and an outsider, for alleged tampering with evidence in connection with the disappearance and murder of Karen community rights activist Porlajee “Billy” Rakchongcharoen five years ago.

The three other suspects were identified by the Department of Special Investigation as Boontaen Busarakham and Thanaset, or Paitoon Chamthet, former officials of Kaeng Krachan national park under Chaiwat’s supervision, and Krisanapong Chitthet who is not an official.

Earlier this morning, Chaiwat, who is currently serving as director of 9th Conservation Office in Ubon Ratchathani, told the media that he had not seen the arrest warrant yet, but quickly added that he will cooperate with the DSI.

When asked if he is worried, the former Kaeng Krachan national park chief said that he was fine, adding that, as a state official, he is duty-bound to abide by the justice process.

He insisted, however, that he had nothing to do with the disappearance or murder, adding “I want society to understand that I will not run away. Let the case proceed in accordance with due process.”

Natural Resources and Environment Permanent Secretary Chatuporn Burutpat said that he would have to consider first whether the suspects were acting in their personal capacity or in the performance of their duty, adding that the ministry might order a probe if it was related to the performance of duty.

Commenting on the DSI’s move to seek arrest warrants against Chaiwat and his men, Prime Minister Prayut Chan-o-cha said that he had been informed about the matter, adding that the case should proceed according to the law.

Billy was last seen on April 17, 2014, when he was arrested by Kaeng Krachan park officials on a theft charge for illegally collecting honey in the park. Park officials said he was released on the same day, but he has not been seen since.

The DSI, which took over the investigation, found an oil drum in the rive in May, near the hanging bridge in the park, which contained burned bone fragments, the DNA of which indicated whoever’s bones they were was directly related to Billy’s mother. 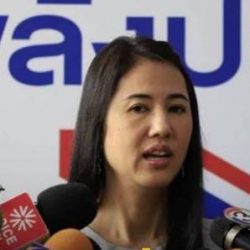 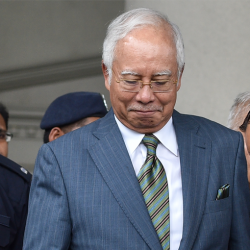