The Criminal Court today (Tuesday) issued a warrant for the arrest of Mae Manee and her boyfriend for allegedly operating a Ponzi investment scheme, which has reportedly duped hundreds of investors out of millions of baht with her offer of 93% returns.

Mae Manee, or Ms. Wanthanee Tipprawet, a former online doll trader, and her boyfriend, Methee Chinpa, have been charged with public fraud and violations of the computer crime law.

More than 120 victims have filed complaints with computer crime police, claiming that they have lost millions of baht through their investments with Mae Manee, who claimed to be in the entertainment business with a plan to shoot a comedy-thriller movie.

Pol Col Padon Chandon, a superintendent with the computer crime police, said that more than 20 victims had, so far, been questioned and their combined losses are estimated to be over 35 million baht.

Meanwhile, in Mae Manee’s home town in the north-eastern province of Udon Thani, 98 investors have filed complaints with Udon Thani provincial police so far, claiming that they were duped of about 80 million baht, allegedly by Ms. Wanthanee Tipprawet.  More are expected to come forward to file complaints, while many others are reluctant to do so for fear of being criticized for being greedy and falling prey to a ‘get rich quick’ investment scheme.

Pol Maj-Gen Nanthachart Supamongkol, commander of Udon Thani provincial police, said that police will invite relatives and a boyfriend of Mae Manee, as well as some entertainers, in for questioning to determine whether they were involved in the fraudulent investment scheme.

Justice Minister Somsak Thepsuthin said today that the case did not warrant treatment as a special case, to be investigated by the Department of Special Investigation, although many people were believed to have been cheated, recommending the use of the anti-money laundering law to freeze the assets of the suspected cheaters. 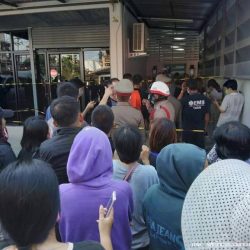 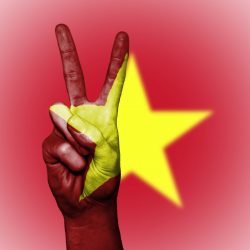