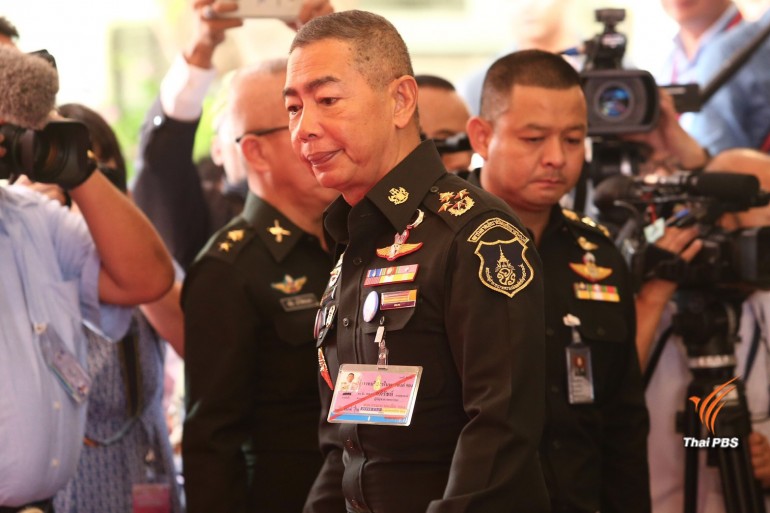 In his first interview with the media against the background of the current post-election political situation, the army chief said there are some Thais who studied abroad and were influenced by foreign thinking.

“They have adopted ideas of these countries. But they shouldn’t try to change the democratic system with the monarch as head of state. Don’t be pretentious and try to apply what they have learned. This is Siam, Land of Smiles, which has its own unique style of democracy,” Gen Apirat said.

Even though he didn’t mention names, it’s widely understood that he was referring to a certain group of politicians and academics who have been openly critical of the monarchy.

Gen Apirat is known as a staunch loyalist. He has at least twice warned politicians “ not to cross the line” and stated that there would not be another military coup if politician didn’t cause chaos.

The army chief also called on politicians to stop spreading divisive political rhetoric, especially the use of the phrases “pro-democracy” and “pro-junta” which, he said, has worsened the political divide.

The army chief also came to the defence of Prime Minister Gen Prayut Chan-o-cha who on Monday warned that certain groups of people are behind a campaign to spread false information to undermine the country’s main establishments.

Gen Apirat’s comments drew an immediate response from Chaikasem Nitisiri, one of the prime ministerial candidates of Pheu Thai Party, who insisted that in a democracy it’s the voice of the people that matters the most.

“It’s common in a democracy to hear different opinions. But don’t point accusing finger at people. In the end, it’s people who decide,” he said.