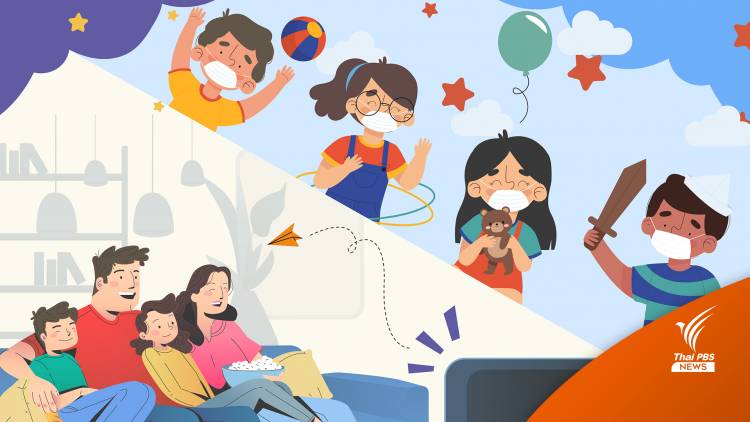 Happy Thai Children’s Day! Every second week of January, many venues in Thailand, from Government House and Royal Thai Army divisions to and shopping centres organise games and activities for Thai children to enjoy.

Each year, the prime minister also gives a new motto for children, as part of a long-standing tradition. This year, Prime Minister Prayut Chan-o-cha’s motto for Children’s Day is “to thinking thoroughly and being socially responsible.”

Awards are also given to students with outstanding grades and for various other achievements, such as in sports and music, and those who have exhibited good behaviour.

You will also hear the “Dek-Oei-Dek-Dee” (translated as “good children”) anthem being played everywhere.

First released on national radio in the 1950s, composers Eua Sunthornsanan and Cha-um Panchapan were assigned by then-leader Field Marshal P. Phibunsongkhram to compose a song for Children’s Day.

The name of the song is actually “Na Thi Khong Dek” (literally “children’s duties and responsibilities”), but it is better known as “Dek-Oei-Dek-Dee” as the verse is repeatedly sung at the beginning.

The 10 duties for children are to:

3. Obey their parents and teachers

5. Be grateful to others

6. Be responsible for their own duties

7. Study hard, be diligent and do not be lazy

9. Be honest to others and exhibit sportsmanship

10. Be a good citizen, aware of the sins and preserve national treasures

The anthem, as per its title, aims to teach Thai youth their main duties and responsibilities, which are deemed to be the good values of Thai society which will help the nation prosper.

When considering the whole context of the song in 2022, however, is it out of date?

For centuries, Thai youths have been taught to be responsible for their own duties, to unite with others and, most importantly, to obey adults.

On this matter, Karn Hongthong, founder of Storytelling Classroom Thailand 2018 and an expert in “storytelling”, particularly in politics and social issues, feels that the “Dek-Oei-Dek-Dee” anthem only reflects how children should behave from the then-government’s perspective and does not really “touch” people’s hearts.

“It’s like yelling out what the government desires,” he said.

With social media and the Internet helping both adults and children to think more outside the box, however, questions are being raised more often as to what constitutes the “good” virtues, which Thai society has been trying to instill in the young.

A few years back, the young anti-establishment protesters, who called themselves the “Bad Students”, rebutted this versions with their own, called “Pooyai-Oei-Pooyai-Dee” (translated as “good adults”). It is a direct argument against the original Dek-Oei-Dek-Dee anthem, to express their frustration over how they have been treated by Thai adults.

1. Be open to other religions

5. Be reasonable for their actions

7. Be unbiased, listen to youngsters first before going against them

9. Don’t be stuck in their own experience and embrace the new world, like other developed countries

10. Be a good example, learn to apologise instead of causing more problems

Karn reflected that the young protesters’ “storytelling” in their own version of the anthem simply denotes that they are demanding progressive changes from Thai society, the government and adults in general.

“Another aspect of that anthem is that, I can feel a lot of anger from our youngsters,” he said. “As adults, our duty is to listen to them and share our opinions with them, with love.”

-Not Really a Motto-

Similarly, the children’s day mottos, which have been given annually by successive prime ministers, since the first in 1956, are still centred on the same duties and responsibilities and how children should behave to become the “future” of the nation. On this, Karn said he feels that such mottos are getting too repetitive, regardless of which prime minister pens them.

“I think it’s asking for children to do what the government desires, but it’s not really a motto,” he said.

“There’s no need to talk about this anymore for our children, because Thai children, who study eight hours a day, five days a week and maybe weekends, already have a lot of responsibility in their lives. They already know how to think wisely.”

As to what would be considered a good motto for children, the story teller said that he thinks that it should have some context which touches the children’s minds and hearts. This means,whoever comes up with the motto, it should explore children’s visions, opinions, feelings, including their frustrations, before a motto can be designed.

“For example, if you’ve been asked to create a motto for World Elephant Day, of course you will never provide a motto saying that a good elephant has a big body, a long trunk and a mahout. You would think about what we should say about the elephant. Maybe you would give a motto like, an elephant is the world’s child, or caring about elephants means you care about the environment, something like that.”

He then refers to a quote about children by former South African President Nelson Mandela, which reads “There can be no keener revelation of a society’s soul than the way they treat its children”.

“That’s truly a meaningful vision for children in South Africa. It’s so different to the Thai Children Day mottos,” he believes. 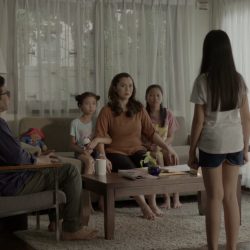 A Children's Day wish - Adults should be open-minded, talk less and listen more 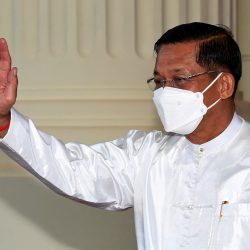