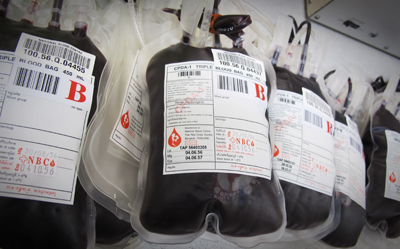 The National Blood Centre of the Thai Red Cross Society is appealing for blood donations from members of the public as blood reserves run low and fall short of demand.

Professor Dr. Chaivech Nutprayoon, assistant secretary-general of the Thai Red Cross Society and acting director of the National Blood Centre, said today that, since October 1st, blood reserves have diminished due to the decreasing number of donors, while demand blood from hospitals across the country increases.

Professor Chaivech said that the shortage is now affecting patients in several hospitals to the extent that, in some cases, doctors have had to postpone surgery due to the inadequate supply of blood, adding that children suffering from thalassemia and haemophilia need regular blood transfusions to survive.

He disclosed that there are 160 hospitals nationwide which call on blood supplies from the National Blood Centre at an average rate of 2,600-3,000 units a day, while the centre can meet only 60% of that demand.

In Bangkok, members of the public can donate blood at the National Blood Centre, as well as at the Police, Somdet Phra Pinklao, Ramathibodi, Bhumibol, Phra Mongkutklao and Watchira hospitals.

In other provinces, they can donate blood at all hospitals. 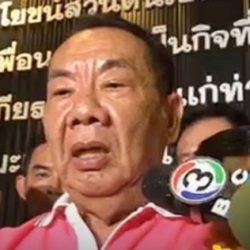