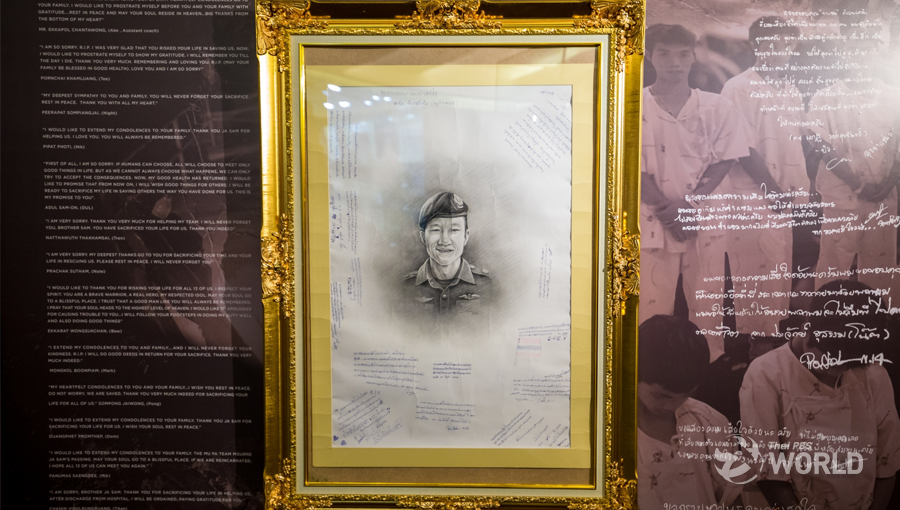 The Airports of Thailand has accepted Mrs Waleeporn Kunan, widow of the late former SEAL member Lt-Cmdr Samarn Kunan, as an inspector attached to Suvarnabhumi international airport, in recognition of  his sacrifice in the recent Tham Luang rescue operation.

AOT managing director Nitinai Sirisamatthakarn said during a ceremony held at the company’s head office to honor Samarn, alias Ja Sam, that the company was proud of the former SEAL member who worked as its a security guard,  and 31 other co-workers who provided support for the search and rescue operation to locate the 12 Wild Boars boys and a football coach trapped inside Tham Luang cave complex.

He said the company appreciated their contributions and rewarded them as a special case with Mrs Waleeporn, the widow of Ja Sam, being accepted as a staff member of the company assigned to work at the Suvarhabhumi international airport as an inspector.

Mr Kittipong Kittikachorn, deputy director of Suvarnabhumi international airport, said the 32 staffers’ assignment in Tham Luang cave was to carry oxygen cylinders into the cave with Ja Sam serving as diver carrying the cylinders from Chamber 3 deeper into the cave. 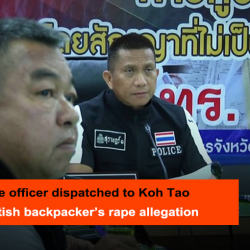