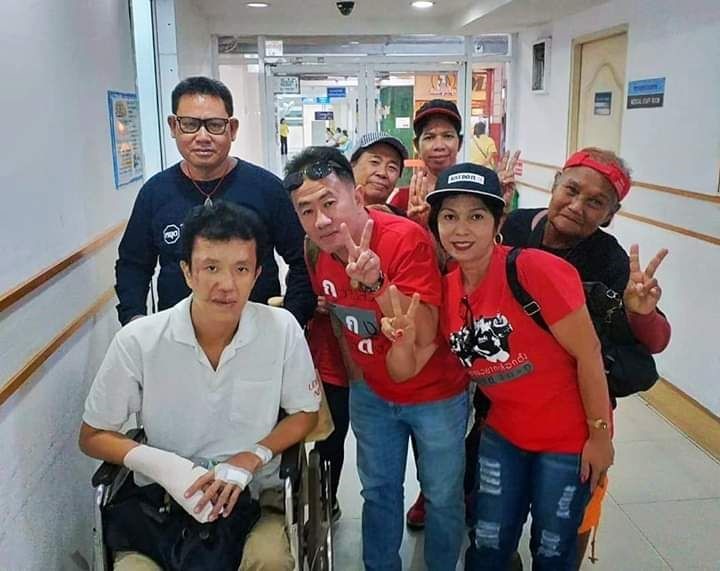 Independent political activist Ekkachai Hongkangwan was, this morning, assaulted by four unidentified men in front of the Criminal Court on Ratchadapisek Road in Bangkok. He was due to appear in court on charges of illegal assembly.

Ekkachai, who previously had his car torched and was assaulted at least twice by unidentified assailants allegedly for his anti-junta activism, said on his Facebook page that he was kicked off of a bus by a passenger in front of the Criminal Court at about 8.40am this morning.

Then more three men, who were waiting for him at the bus stop, beat him before fleeing the scene.

Ekkachai said he eventually went to Pahonyothin police station to file a complaint before going to Paolo Hospital to seek medical treatment.

Later in the afternoon, Ekkachai posted another Facebook message saying that he had to move to another hospital, Paet Panya, because doctors at Paolo hospital advised him to spend the night there for observation, but he could not afford the 5,000 baht medical bill.

A member of the pro-election activist group, Anurak Jentavanich, made a plea via his Facebook page for donations to help fund the victim’s medical fees, saying that Ekkachai does not have social security coverage. 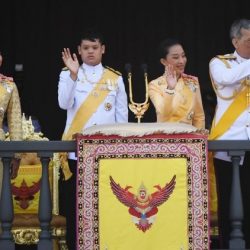 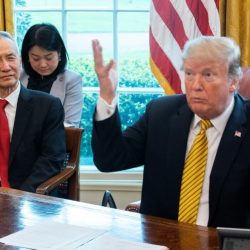