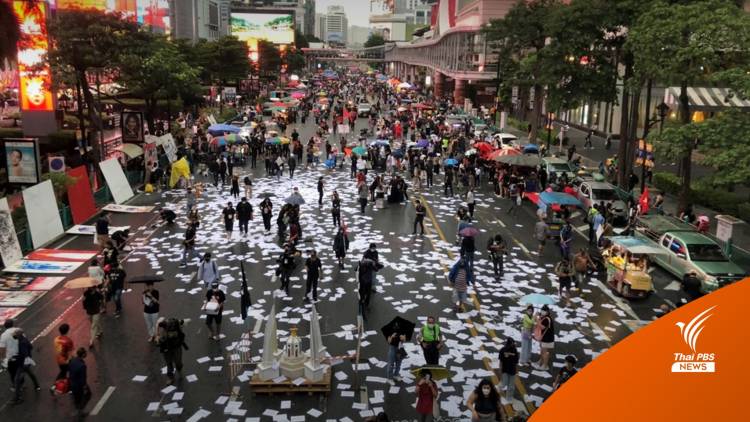 Anti-establishment protesters, which included the Ratsadon group, LBGT supporters and Talufah members, rallied in Bangkok’s Ratchaprasong shopping district this afternoon (Sunday) to demand the repeal of the country’s controversial lèse majesté law (Penal Code §112) and the release of their core members currently being held on remand at various locations on the lèse majesté charges.

The main purpose of the demonstration was to collect the signatures of at least 10,000 supporters of a change in the law, which will be submitted, with the demand, to Prime Minister Prayut Chan-o-cha at Government House tomorrow.

Many paintings, conveying the protest messages, were placed in front of the Central World shopping mall by protesters. Various speakers took turns to give addresses, all blasting the government, the prime minister and the lèse majesté law.

Some key protest figures are currently being held on remand on lèse majesté and various other charges, including Arnon Nampa, Parit “Penguin” Chiwarak and Panupong Jadnok (aka Mike Rayong).

The rally was temporarily disrupted by heavy rain at about 5pm.

Before the rally began at 4pm, the protesters’ “Vivo guard” group entered into an agreement with the police, under which the protesters promised not to march to the Royal Police Office, which is only a short distance from Ratchaprasong intersection, in return for not forcing the rally to disperse.

Rally organisers announced that the event will end at 9pm. 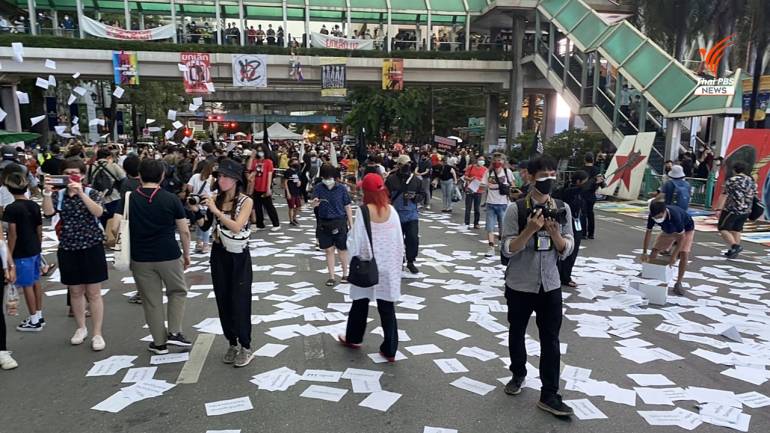 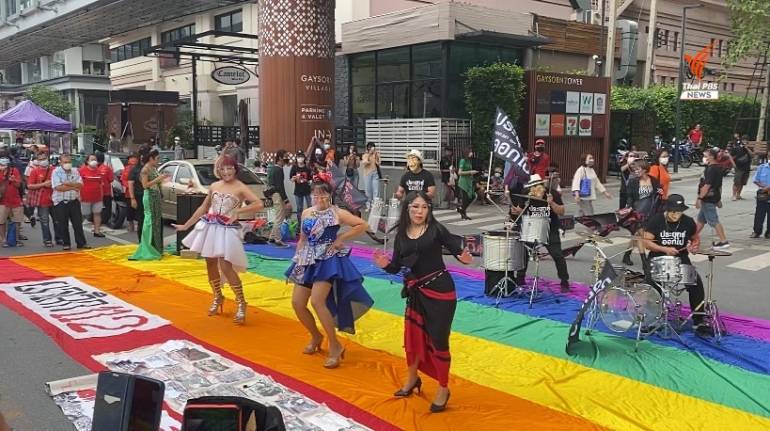 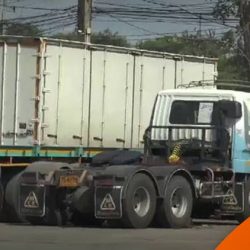 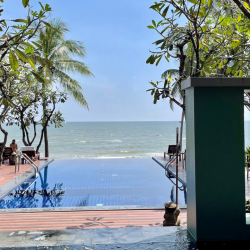