Bangkok police warned anti-establishment protesters to refrain from violence during their protests at three locations in Bangkok this afternoon (Sunday), or face legal action.

The “Ratsadon”, “Talu Gas”, “Talu Fah”, “United Front for Thammasat and Demonstration” and a feminist group rallied this afternoon at Ratchaprasong and Din Daeng intersections and at the Supreme Court.

They occupied almost the whole road in front of Central World shopping mall and set up booths to sell their T-shirts and shrimp paste, to raise funds. The partial closure of the road caused traffic congestion from Ratchaprasong to Pratunam intersections.

Using a loud hailer, Lumpini police warned the protesters that they were holding an illegal assembly, defying the state of emergency and the Disease Control Act, only to be jeered and booed in response.

Pol Maj-Gen Jirasan Kaewsang-ek, deputy commissioner of the Metropolitan Police Bureau, said that crowd control police had been put on stand-by in case any violence erupts.

One of the protest leaders, Somyot Prueksakasemsuk, told the media that today’s rally at Ratchaprasong was to demand the repeal of the country’s controversial section 112 of the penal code, more commonly referred to as the lèse majesté law.

He claimed that more than 230,000 people have already signed up in support of their campaign, but their aim is to collect a million signatures.

He said that the event today was named “People’s Judgement of Section 112”, to challenge the Constitutional Court’s recent ruling, which described calls for reform of the monarchy as unconstitutional.

Somyot also warned that similar protests will take place next year in several other provinces as well.

The “Talu Gas” protest group has earned a reputation for violence and plans to protest at Din Daeng intersection again this evening. 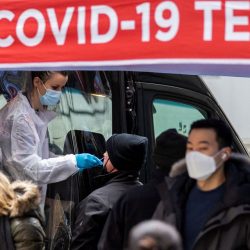