The state of emergency declared by Prime Minister Prayut Chan-o-cha on Wednesday targets a new national threat that even the authors of the old emergency law could not have imagined – a deadly virus pandemic.

This is the first time the Emergency Decree on Public Administration in Emergency Situation, BE 2548, has been invoked in the name of public health, rather than politics or national security, as in previous cases.

And unlike those cases when it covered only the capital or certain provinces, this time the emergency law – enforced from March 26 to April 30 – spans the entire Kingdom.

In his national address, the prime minister said emergency rules were necessary so authorities could tackle the worsening virus crisis. They also place the premier at the head of a coordinated national effort involving the ministries of Public Health, Interior, Commerce and Foreign Affairs, as well as the military and police.

Warning that the most difficult weeks were ahead, Prayut said: “This may be painful for all of us, but it is an opportunity to demonstrate that courage, love and care for one another will bring us through the crisis.

“We will overcome this crisis together and get strong again. We will fight and win together.”

The Emergency Decree empowers the authorities to suspend people’s basic rights and freedoms. So far, the authorities have closed Thailand to foreigners (except diplomats), enforced public distancing and mask-wearing on public transport, restricted inter-provincial travel, and urged the chronically ill, over-70s and under-5s to stay at home.

Though a curfew is not among the immediate restrictions, “it is imminent”, warned Deputy Prime Minister Wissanu Krea-ngam on Wednesday as he announced the emergency measures.

Public reaction to the tighter measures was mixed. Many greeted the tough new rules with relief after weeks of mixed messages and apparent bickering between government agencies tackling the crisis. Others saw in them a return to the military-style restrictions on free speech and movement put in place after the Prayut-led coup of 2014.

A political science lecturer described the imposition of Emergency Decree as a “silent coup” staged by the prime minister, as it will give him complete control of the administration and Parliament, as well as the power to censor the media.

The Emergency Decree places sole authority over policies to combat the virus in the hands of Prayut, who will head the Centre of Resolution of Emergency Situations. It also sidelines his cabinet and ministries, which are perceived to lack unity because they are overseen by rival coalition parties.

The PM said on Wednesday that a centralised structure was needed to ensure clear and speedy command and efficient integration of state agencies.

“Also, it can eradicate the problem of agencies doing their jobs separately,” he said.

Critics described the effort as too late to curb the Covid-19 contagion, which surpassed 1,000 patients on Thursday.

However, observers agree on one thing: the state of emergency is the government’s “last stand” in the do-or-die battle against the deadly Covid-19 disease. At stake in the fight is not just the survival of Prayut’s government, but the entire country.

“The state of emergency is the government’s last playing card in the fight against the virus,” Professor Surachart Bamrungsuk, of Chulalongkorn University’s Political Science Faculty, told media on Thursday.

The big problem, he cautioned, was that people lacked responsibility and were still ignoring the restrictions, placing others at risk and boosting Thailand’s chance of losing the battle.

The Emergency Decree is based on an outdated law passed in 1952. It was first used in July 2005, under the Thaksin Shinawatra government, to control a flare-up of insurgency violence in the deep South.

The law was invoked six more times by later prime ministers – Samak Sundaravej in September 2008, Somchai Wongsawat in November the same year, three times by Abhisit Vejjajiva to quell political mayhem in 2009 and 2010, and by Yingluck Shinawatra in January 2014.

In each and every case, an emergency was declared after anti-government street protests threatened to bring down the government.

Section 9 of the Emergency Decree empowers the PM to:

– Ban any person from leaving their home;

– Ban gatherings or acts that may cause unrest;

– Ban the publication or distribution of letters, publications or any communication which may instigate fear among people or is intended to distort information leading to misunderstanding of the emergency situation;

– Ban or restrict the use of routes or vehicles;

Those violating any rule under the decree face up to two years in prison, a fine of up to 40,000 baht, or both.

Authorities have threatened even stricter rules if people ignore the current emergency measures.

On previous occasions the Emergency Decree was prescribed as a cure for political turmoil. This time we face a very different enemy.

Yet the growing public fear of deadly infection is accompanied by understandable concern that this harsh “medicine” could also harm society and daily freedoms.

Critics say the decree returns to Prayut much of the unchecked power he enjoyed in the wake of the 2014 coup, when human rights deteriorated under a wave of censorship, arbitrary detentions and military law. 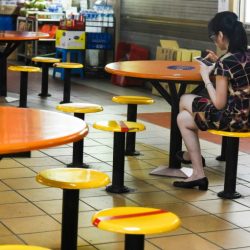 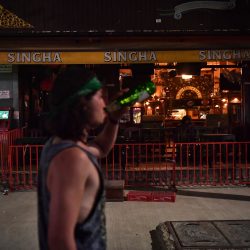