For viewers of foreign media, available through Thai cable TV packages, it has become the norm to see unscheduled messages filling the screen and blocking content for several minutes, a tool used to censor content which may be deemed to be touching upon the highly sensitive topic of the monarchy or to be unfavourable to the Thai government.

For most local media, such crude methods are not needed, as they have already opted to self-censor. Some editors and senior producers already have their own lists of words and phrases to avoid, and instruct their news presenters or writers accordingly.

When it comes to the year-long so-called “push through the ceiling” movement, in which anti-establishment protesters are seeking reform of the monarchy and not just amendments, but repeal of the controversial lèse majesté law, which punishes those deemed to have insulted, defamed or threatened senior royals, the main question is how the media are to cover this development, which would have been unthinkable just a few years ago.

For some, Thailand’s telecom and broadcast regulator, the National Broadcasting and Telecommunications Commission (NBTC), already provided a solution last week, by simply “asking” broadcasters to refrain from reporting on the monarchy reform movement and their demands and to refrain from interviewing people on the subject, citing how the act of reporting in and of itself can be interpreted as an attempt to overthrow the country’s constitutional monarchy.

This concern took on greater significance for the media recently, when three key protest leaders were ruled, by the Constitutional Court, on November 10, to have done so, simply by calling for such reforms.

It is true that reporting certain phrases, deemed to be defamatory, can, in itself, be defamatory, and many foreign journalists based in Thailand have been wording things differently, so that they can remain in the country, but without the freedoms which international media without personnel here still enjoy.

To not report on one of the most significant issues this country has ever faced is simply turning a blind eye to a huge social development, which is currently sharply dividing the country.

There is yet to be an official definition of what constitutes an act of trying to overthrow the country’s regime, or what does not. The Constitutional Court’s verdict earlier this month ruled that questioning the monarchy and calling for reform is, indeed, such an act, but what about reporting on it?

Journalists have a duty. We owe it to the people to report what is going on and present all the facts and opinions from all sides. This means that no issue, unless it is endangering someone or violating their privacy or any other basic right or freedom, should be off limits, when handled in accordance with all ethical standards, of course.

“Intent” is also a key differentiator in our work. An intention to report fairly, to make people aware, is not the same as the intent of the activists.

Media freedom is not, however, only about being free to report and speak up. The safety of legitimate journalists should also be guaranteed, without being subjected to the use of lethal force or the risk of being jailed and charged. A lot of us have risked our lives to cover several protests since early last year. We do not have much choice, as we were simply doing our job. I have seen reports of crowd control police warning reporters in the field to duck or to go somewhere else, so they do not get hit with tear gas, water cannons and rubber bullets, but there still lacks an official recognition that members of the press are not protesters and should not be treated as such.

In October last year, three major Thai-language online media operators were threatened with censorship and even a shutdown over their reporting on the protests. The threat was then dismissed in court, with many of us in the industry heaving a sigh of relief. The threat lingers all the same and, actually, it has probably done more harm than the actual lawsuits, as many journalists and news producers are living in fear and self-censor to save themselves.

A free press, which is essential in any democratic society, means a free society. A press living in fear means a society living in fear. Media freedom is not just about the media. It affects the freedom of speech and the rights to information of all of us.

Thailand’s press freedom ranks 137th out of 180 countries in the world in 2021, only three places above Myanmar. This low ranking is already an improvement from last year’s 140th place, which was attributed to the Emergency Decree, one place lower than Myanmar. There is undoubtedly a lot of room for improvement, and a lot to fight for. 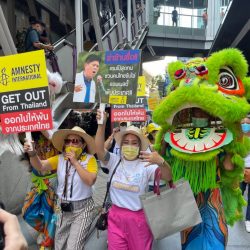 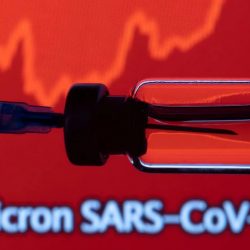