Air pollution is worsening in and around Bangkok

Air pollution in Bangkok and its vicinity is worsening today due to increased levels of PM2.5 dust in the atmosphere, as a result of temperature inversion, according to the Pollution Control Department (PCD).

PCD director-general Pralong Damrongthai said this morning (Monday) that the levels of PM2.5 between 6am to 7am today were measured at 47-89 microns, against the 50-micron safety threshold, with 49 areas having excessive amounts of the fine dust.

He attributed the increased levels to stagnant air since Sunday night, trapping dust in the atmosphere over the capital, compounded by a looming high pressure cell, resulting in temperature inversion.

He warned people in Bangkok and its suburbs to take care of their health and to wear face masks when they are outdoors or avoid all outdoor activities, pointing out that the problem is likely to get worse.

Agencies such as the Land Transport Department, the Highways Department, traffic police, Bangkok Metropolitan Administration, the Agriculture Ministry and Industrial Works Department have been working to reduce exhaust emissions from cars and smoke from factories to ease the problem, said Mr. Pralong.

Meanwhile, the Meteorological Department reported that the dust problem could ease in the afternoon due to improved air circulation as a result of the south-easterly wind of about 20kph and possible rain over 10% of the capital.

A new moderate cold front from China is expected to cover north-eastern Thailand and the South China Sea on Tuesday and Wednesday. 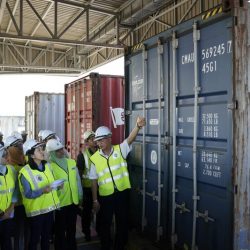 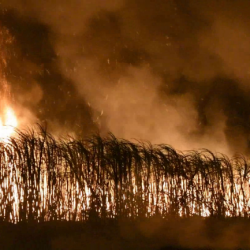