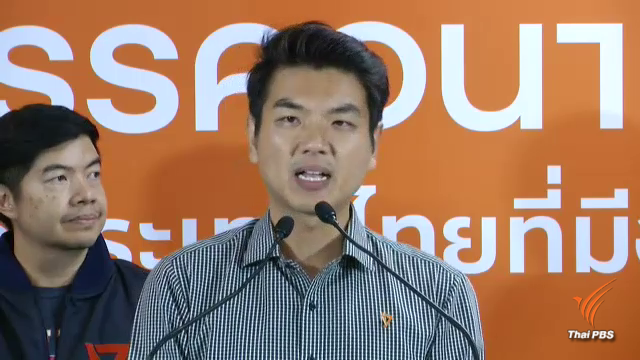 Piyabutr Saengkanokkul, secretary-general of the Future Forward Party, is travelling at the speed of light politically. A virtual nobody last year, he has come under a major media spotlight along with his party’s leader, Thanathorn Juangroongruangkit, following Future Forward’s stellar performance in the March 24 general election amid a massive “new generation” fever.

Despite attacks from critics and the conservatives, the party under the young men’s leadership managed to come third in terms of MP seats won after the two rival parties contesting to form a next coalition government — Pheu Thai and Palang Pracharat.

Both Piyabutr and Thanathorn are facing legal problems stemming from their political activities. Piyabutr is charged with contempt of court and committing a computer crime after he criticised the Constitutional Court’s decision to dissolve the Thai Raksa Chart Party in March. Thanathorn is charged with sedition for his alleged involvement in a 2015 anti-coup demonstration. Both of them have denied the charges, insisting that they have only good intentions for the country.

Another big legal case of Thanathorn involves shares he owned in a media company. He has been trying to dismiss allegations by himself vehemently, but Piyabutr is also at the forefront of Thanathorn’s defence, publicly at least.

Before entering politics, Piyabutr was an assistant professor at Thammasat University’s Faculty of Law, where he had lectured since 2001 immediately after he graduated from the school. Before this year’s big headlines, Piyabutr was a mere political activist, being a key figure of the Nitirat Group he formed with fellow lecturers from the faculty. The group, whose stated goal is to uphold democratic values, became known for their campaign against the lese-majeste law.

Piyabutr, aged 39, is an expert and notable scholar in French and Thai laws, with more than 15 years of experience in the field. He published many research papers, articles and books on constitutional and administrative laws as well as courts of justice. He also shared his lecture videos on YouTube.

The scholar-turned-politician was born on October 23, 1980, to a middle-class family of Chinese descents. He finished high school from Assumption College and graduated with a bachelor’s degree in Law from Thammasat University in 2001.

During his time as a student in France, Piyabutr had the chance to explore the history and culture that affected the political dynamics in France and Europe.

While a law lecturer at Thammasat, it came to Piyabutr’s mind that law scholars were unable to change society despite their knowledge and understanding of legislative affairs, according to his profile on his party’s website. Driven by desires to do more to effect social and political changes, he decided to co-found Future Forward Party with Thanathorn, seeing it as the best chance to achieve the goal.

He quit his job at the university in August 2018. For him, resigning from his academic career after 16 years was “one of the most important decisions in my life”, according to Piyabutr’s post on his Facebook account.

Although he lived in France for more than six years, Piyabutr’s favourite football club is England’s Liverpool. Yet, he cheered the French national team during the 2018 World Cup football tournament, according to his party’s website.

Another “fun fact” about the academic-turned-politician is that he “loves wines and unhealthy food such as braised pork leg and rice. Also, Piyabutr takes his hairstyling very seriously,” says his profile on the website.

His wife, Eugenie Merieau, is a French academic and researcher who has lived and worked in Thailand for so many years that she can communicate in Thai.

For obvious ideological reasons, his venture into Thai politics has been stormy and it can become even stormier as time passes. His critics have questioned what motivates him, while supporters and admirers are hoping he is not going “too fast to live.” – By ThaiPBS World’s Political Desk 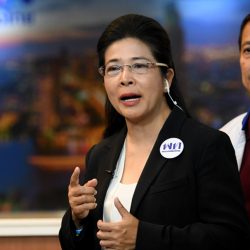