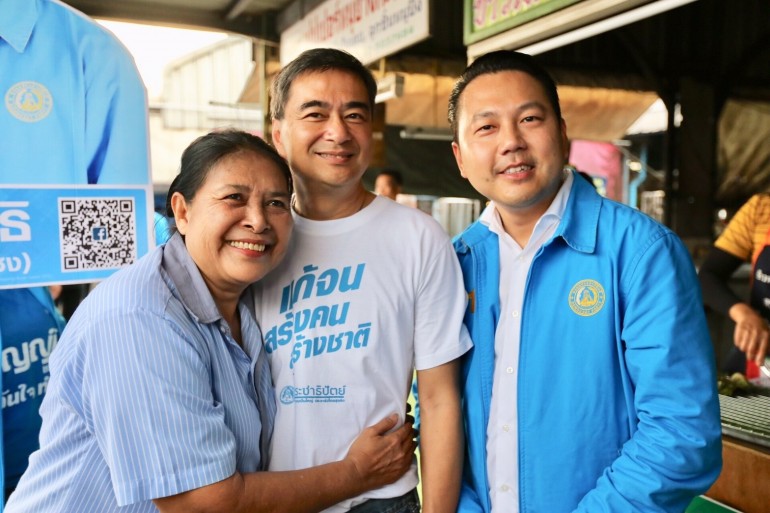 Democrat party leader Abhisit Vejjajiva made it clear today that he will definitely not support Prayut Chan-o-cha as the post-election prime minister.

In a short video clip, uploaded on social media today, Abhisit explained that supporting General Prayut’s return as prime minister would create political conflicts. After five years under Prayut’s premiership, he said that the nation’s economy is in bad shape and Thailand has already suffered enough, adding that there is “no more time to feel krengjai! (roughly translates as consideration/reluctance)”

Abhisit’s announcement is a clear indication that the Democrat party under his leadership will not be part of a coalition government to be led by the pro-junta Palang Pracharat party with General Prayuth as prime minister.

Earlier, Abhisit had also said that his party would not cooperate with any party with a track record of involvement in corruption – an apparent reference to the pro-Thaksin Pheu Thai party which became infamous for the graft-ridden rice pledging scheme. However, he said the Democrats would be the core party to form the next government if the party wins enough House seats in  the election.

During a political debate today, Abhisit took a new political approach by reading a “love” letter in an attempt to woo support.

An excerpt of the “love” letter reads:  “I may look bland, not aggressive, not sexy and nothing special.  But I am as stable as I used to be.  I will never hurt you, never run away from you.  I still listen to your arguments, like your smile and like to be by your side all the time.  Time has made me stronger.  Today, I am ready to look after you, plan for a better life for us and our children to become a warm family, secure and honest.  Please choose me, I love you.” 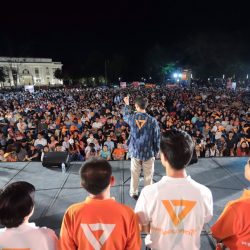 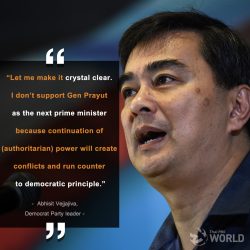