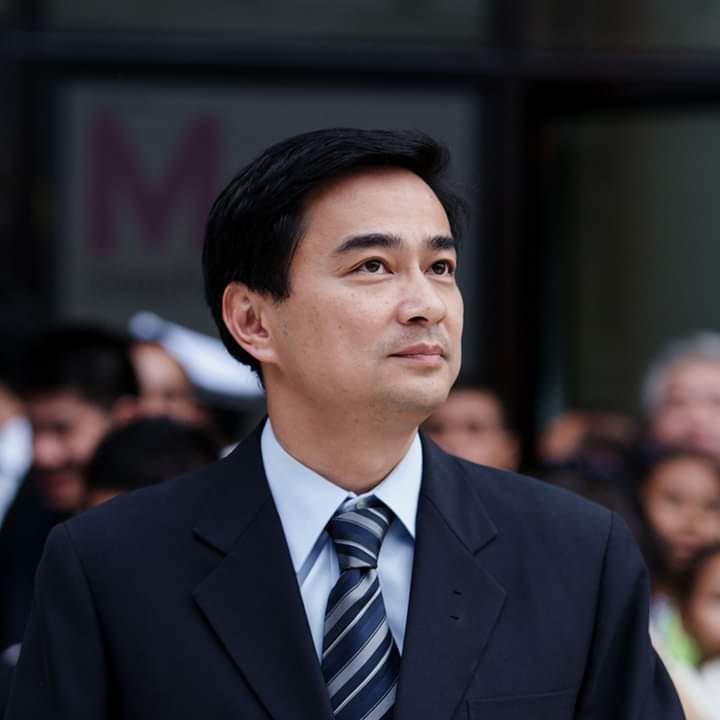 Former Democrat party leader Abhisit Vejjajiva appears to be in jovial mood, after resigning as party leader and being free from the headaches of having to deal with internal conflict and the seemingly endless talks on government formation.

At the reunion party of the alumni of Chulalongkorn demonstration school’s classes 15-19 on Wednesday night, Abhisit was seen on stage holding the hand of Mr. Chadchart Sitthipan, Pheu Thai party’s prime ministerial candidate, and heard saying “Let’s go and form the government!”

Abhisit’s on-stage joke drew laughter from the hundreds of alumni at the party.

The former prime minister also cracked joke when MPs were taken for an inspection tour of the new parliament building, which is still under construction. During the tour, Khunying Kalaya Soponphanich, a Democrat party-list MP, told a group of reporters that, if the parliament building is completed in time for parliamentary meetings, there would be no need to rent the TOT’s conference hall as the temporary parliament.

At that moment, Abhisit interjected, saying “I think we may stop using (the TOT conference hall) for good because the House will be dissolved anyway.”

Then he turned to the reporters present and wryly said “I didn’t give an interview to the media.” 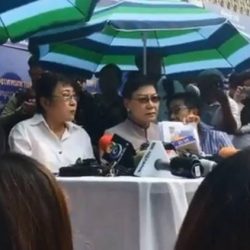 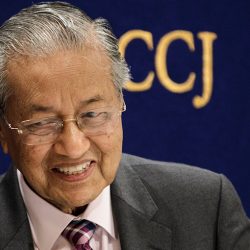