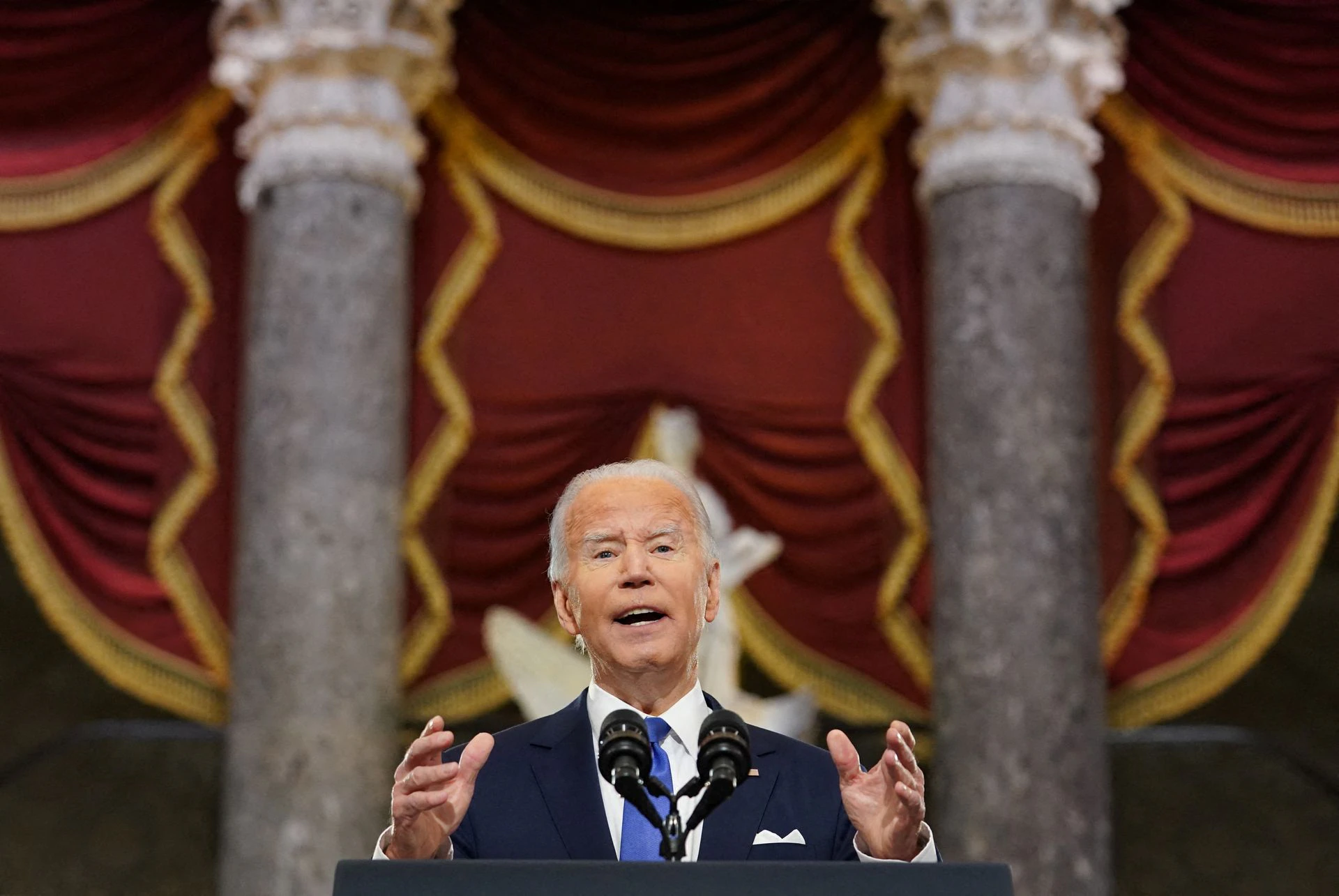 U.S. President Joe Biden speaks in Statuary Hall on the first anniversary of the January 6, 2021 attack on the U.S. Capitol by supporters of former President Donald Trump, on Capitol Hill in Washington, U.S., January 6, 2022. REUTERS/Kevin Lamarque

WASHINGTON (Reuters) – President Joe Biden on Thursday accused his predecessor Donald Trump of spreading a “web of lies” to undermine U.S. democracy in a speech on the anniversary of the deadly Capitol attack by Trump supporters who tried to undo his 2020 election defeat.

Speaking at the white-domed building where rioters smashed windows, assaulted police and sent lawmakers fleeing for their lives on Jan. 6, 2021, Biden said Trump’s false claims that the election was stolen from him through widespread voting fraud could unravel the rule of law and subvert future elections.

“A former president of the United States of America has created and spread a web of lies about the 2020 election. He’s done so because he values power over principle,” Biden said. “He can’t accept he lost.”

Biden never actually uttered his predecessor’s name during the 25-minute speech, telling reporters afterward he was trying to focus on the threats to America’s political system instead of Trump himself.

The tone, including a poke at Trump’s “bruised ego,” was a departure for Biden, who has focused during most of his first year in office on pursuing his own agenda. Trump issued three statements in the hours following his successor’s remarks accusing Biden of trying to divide the country and repeating his false election claims.

Trump’s behavior over the past year, like his conduct in office, has been norm-shattering. Unlike other former U.S. presidents denied re-election, Trump has refused to accept the verdict of the voters and pressured fellow Republicans to somehow overturn the results, without success.

His false claims have provided cover for Republicans at the state level to pass new restrictions on voting that they have said are needed to fight fraud. Research shows such fraud is extremely rare in U.S. elections.

Biden‘s fellow Democrats, a few Republicans and many independent experts have said Trump’s continued denials could make it less likely that future U.S. transfers of power will be peaceful – especially those involving closer margins than the 2020 election that Biden won by 7 million votes nationwide.

The speech illustrated that Biden and other Democrats remain wary of Trump’s political staying power. In the riot’s immediate aftermath, even some Republicans thought his grip on their party had been shaken, but since then Trump has only tightened it.

“Our democracy is very fragile, and the cult of The Big Lie is still very much in action with the help of the vast majority of our colleagues on the other side, who continue to try to rewrite or ignore history,” Democratic Representative Pramila Jayapal said at an afternoon event.

House Speaker Nancy Pelosi led dozens of bundled-up Democratic lawmakers holding lights in a moment of silence on the steps of the Capitol, part of a candlelight prayer vigil that was the final official event of the anniversary.

Not far away, a vigil at the D.C. jail for the about 40 inmates charged in connection with the Jan. 6 assault was sparsely attended.

“This is not speedy justice,” said L.A. Warren, 65, who had driven to Washington from his Michigan home for the day and said he, too, had participated in the storming of the Capitol. “A year, that’s a long time, when these people – a lot of them, in my view – was trespassing.”

Just two Republicans were spotted at a House of Representatives session marking the riot’s anniversary: Representative Liz Cheney, who has been shunned by party colleagues after criticizing Trump, and her father Dick Cheney, who served as vice president under President George W. Bush.

“A party that is in thrall to a cult of personality is a party that is dangerous to the country,” Liz Cheney told reporters on her way out of the Capitol.

Dick Cheney told reporters that current party leaders do not resemble “any of the folks I knew” when he served in Congress.

America’s next federal election is in November, with Republicans favored to retake a majority in at least one of the two chambers of Congress. That could cripple Biden‘s ability to advance policy and set the stage for two years of legislative gridlock before a potential 2024 Biden-Trump rematch.

According to Reuters/Ipsos polling, 55% of Republican voters believe Trump’s false claims, which were rejected by dozens of courts, state election departments and members of his own administration.

Four people died in the hours-long chaos after Trump urged supporters to march to the Capitol and “fight like hell.” One police officer died on that day after battling rioters and four later died by suicide. Around 140 police officers were injured. U.S. prosecutors have brought criminal charges against at least 725 people linked to the riot.

Trump remains highly popular among Republican voters and is working to shape the field of Republican candidates in the Nov. 8 congressional elections.

Most Republican officeholders have remained loyal to him, and some have sought to play down the riot. Liz Cheney is one of only two Republican members of a House committee investigating the riot, which in recent weeks has unearthed records showing Trump allies urging him to call off the rioters as the attack was unfolding.

Other Republicans accused Democrats of exploiting the anniversary for partisan gain.

“What brazen politicization of Jan. 6 by President Biden,” said Senator Lindsey Graham, who has reversed his position on Trump numerous times, including criticizing him after the riot and then reverting to defending him.

Biden and Congress mark a year since violent insurrection 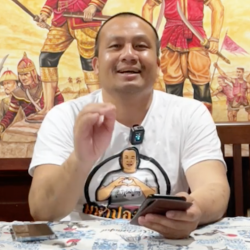