A second chance for Macron and France

The victory of incumbent French president Emmanuel Macron offers both him and his country a second chance to do the right things. Macron has already admitted that his next five years will be different from the last five and indicated that he wants to use the time to set a new course for himself and for France. As the country’s youngest leader since Napoleon, the French have to take his words for what they are worth.

Before the election, political pundits predicted that Macron might lose his presidency, because of his growing complacency towards the working class, who have suffered throughout his term due to the economic downturn resulting from the lockdowns and COVID-19.

His rival, Marine Le Pen, from the far-right, was unable to compete, even though many voters, including the young, gave her their vote, as they were upset with Macron’s hostile policies towards social programmes for youth and in terms of employment benefits. They turned to Le Pen in a protest vote. Their support was not, however, sufficient to win the hearts and minds of the French mainstreamers, who want their country to serve as a bastion of democracy at the heart of Europe.

In his second term, he has to zero in on social programmes which will raise the standards of living for young and low-income families. Anti-Macron movements, including the yellow-vests, will not go away. Indeed, they will be back on the streets to ensure that their demands are met.

France also gets a second chance. Any extreme far-right leader coming to power at this juncture would be a disaster for the republic and for Europe. No wonder the European leaders were relieved to hear that Macron had won the election on Sunday by a comfortable margin, even though the turnout was low. Macron won by 58.54% against Le Pen’s 41.46%.

At this juncture, France’s leadership in all things Europe is crucial. For the time being, Paris can act independently and take the lead better than any other European country. The UK is outside the European Union. Germany, which has been put to test in the past two months, has shown that, when push comes to shove, Berlin needs to save itself first. Dependency on energy from Russia continues to be the biggest stumbling block to Europe’s punishment of Russia for its invasion of Ukraine. Action by Germany to reduce energy dependency on Russia dramatically will only hurt its industries and its people. The Russian-Ukraine war has dramatically upended the country’s long-held security policies. Now, in Berlin, security is seeing budget increases and all possibilities considered.

France is fortunate, as it relies on nuclear energy without turning to imported fossil fuels to any great extent. Therefore, it is less vulnerable. Like the US, which could be self-sufficient in energy, including oil and natural gas, it can initiate sanctions and take an independent approach. Like it or not, the economic sanctions against Russia by Europe will have far-reaching ramifications for Europe and the rest of the world. The decoupling of Europe and Russia, in the long run, will undermine their mutual economic interests and those of the whole continent.

From now on, France will have to take the lead and ensure that Europe has its own security and economic interests well protected, which might differ from those of the US. For quite some time, France has wanted to see a stronger Europe, with its own armed forces that could act independently without the US guidance. The idea could be brought back now that Macron and France have this ‘2.0 moment’. 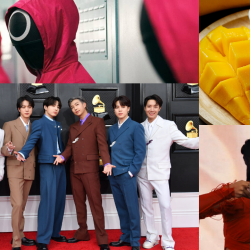