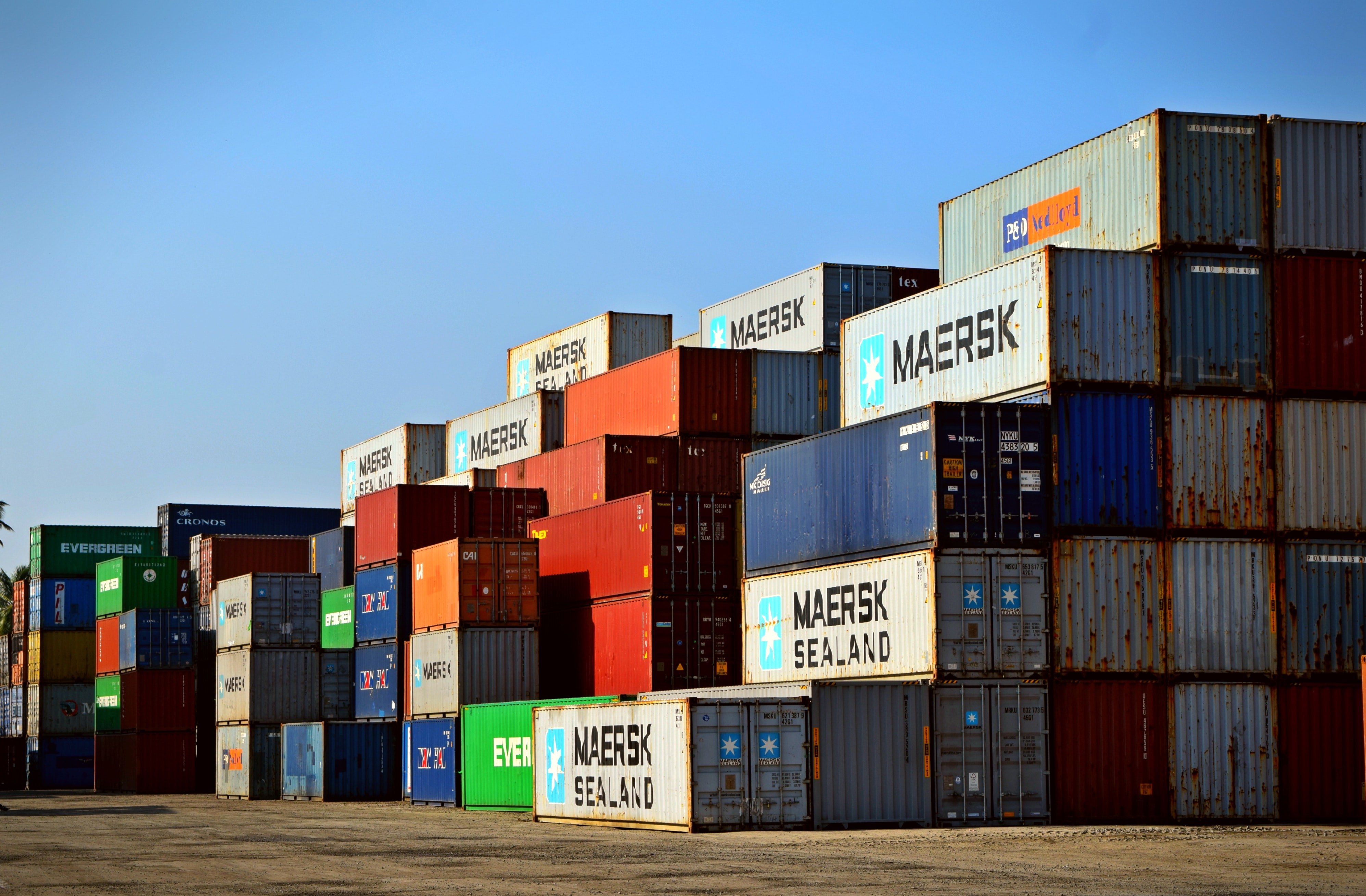 In this second of three articles, looking back at 2019 from a foreigner’s perspective, I take a look at how regional and wider economic changes have profound implications for Thailand and how they affected the Kingdom’s economy over the past year.

At the time of the Asian financial crisis in 1997, some of my acquaintances, working in finance, industry, economics and journalism, were heard using the epithet “Teflon Thailand”, on account of the Kingdom’s undisputed, but little understood ability to limit the damage caused by domestic and external developments and crises, which could have severely impacted a lesser nation. This phenomenon has continued throughout the 23 years since. Thailand has lived through domestic political upheaval, a military coup, a new constitution, twists and turns of the globalized economy and the passing of a dearly beloved Monarch.

Notwithstanding, all appears well. I, however, use the word ‘appears’ advisedly.

Looking back over 2019, there have been moments which should be seen as indicators of endemic risk.

On the positive side, while the country’s economic growth has slowed, there is a danger that the period of “tiger” economic growth in the region, and Thailand especially, is subconsciously used as a benchmark against which to measure the current and future growth rate. This would be a profound error. This is because the inducements for developed countries to outsource on the massive scale we witnessed during the early years of globalization have moderated, and will eventually cease to exist as developing countries become fully developed and, therefore, more expensive from which to buy the outsourced products and services.

Business leaders and lenders, wishing to invest in any foreign country, have at the very top of their wish lists a stable political environment, the rule of law, return on investment and ease of doing business. For all the “threat to democracy” the coup, and subsequent iron rule by the military junta represented to some, all of those investor/lender needs were addressed during a time of considerable national uncertainty, from the end of 2016 and beyond.

The general election was held this year and, while just how much better or worse the individual resident of Thailand and their family feel about the efficacy of the country’s elected administration remains an open question, stability has been maintained.

Nonetheless, the recent removal of tariff waivers on Thai goods imported into the US provoked the formulaic response from our leaders. It is axiomatic that politicians of any country will attempt to lay blame for bad news on anyone else, rather than admit to a shortcoming. This country’s leaderships, of all kinds over the past 25 years to which I have been witness, have turned this ploy into an art form. This approach, however, means the real problem is not addressed and, therefore, worsens.

The US move on tariffs was based on the researched and provable fact that Thailand has not taken sufficient steps to afford manpower in Thailand internationally recognized worker’s rights.

“What business does the US have complaining about how Thai employees are treated?” I hear my Thai friends say.

The answer to that question is, what you might call, the elephant in the room.

Globally, we have seen growing resistance to globalization, just as everyone was extolling its virtues. We have seen the rise of nationalism and protectionism is the US and Europe, traits normally associated with developing economies, like that of Thailand.

Key leadership positions in some of the world’s most powerful nations are now occupied by characters who do not follow, or even accept the existence of centuries of unwritten norms and precedent, which are at the heart of mature democracies. The UK, for example, has no written constitution to this day.

That said, it may come as no surprise to the reader that two thirds of the income Thailand earns from the sales of products and services, often rather simplistically referred to as the country’s Gross Domestic Product (GDP), is generated by exports. Add to this the approximately 15% contribution to the country’s economy derived from tourism and one begins to detect an unstated, certainly within Thailand, vulnerability.

Put simply, about 80% of the country’s overall income is, in one way or another, totally dependent upon foreigners, aka ‘the customer’.

Thailand has a well-earned, universally recognised and justly deserved reputation for service. This is fully reflected in the amount the country earns from these non-domestic customers. Maintaining this in the current febrile global atmosphere, however, is going to require that Thailand face new, and as yet, little understood challenges.

I have been fortunate enough to have lived in this extraordinary country for over a quarter of a century and, while I was granted the honour of Permanent Residency over a decade ago, I know, as does every Thai, that I can never be, or would want to be truly “Thai”. There will always remain a divide, however narrow, between the indigenous population and us “guests”.

While I cannot own land, vote, work in certain professions or be elected to parliament, unlike Thais in my country of birth who can do all of those things, the self-protection enshrined in Thai laws and psyche does present those in my position with a quite unique perspective – the ability to see both sides.

From the US perspective, Thailand’s customer writ large, it is important that, like the US, Thailand obeys the same set of agreed rules on trade (including workers’ rights) as her competitors. Without that foundation, Thailand gains an unfair advantage over other domestic US and foreign suppliers.

As the customer, therefore, the US, or any other client state of Thailand’s products and services, has the absolute right to insist that the common rules are followed, and to enact sanctions against those who try to avoid or evade compliance.

Ethical Auditors are experts who travel the globe on behalf of client companies in Thailand’s export markets, to assess whether factories, to which those clients outsource their manufacturing, meet a basic level of conformity to the trade rules and regulations of the client market. This includes everything from workers being compensated appropriately and appropriately documented, to whether there are sufficient toilet facilities per head in their workplace.

Talking, in depth, to one of these auditors, representing UK buyers, it became clear that, in his product field, manufacturing had moved from Thailand to Vietnam to Cambodia to China – all on an industry wide basis within just 11 years!

While that was specific to one type of product, the fundamental reasons for this nomadic business strategy applies to many parts of the manufacturing sector. There is only one aim – reduce costs.

Returning to Thailand’s dependency on foreign customers, a great deal still needs to be achieved in terms of language (English), introspection (understanding one’s own shortcomings) and paying more than lip service to the rules that customers rightfully apply.

Simply put, if you produce seafood using unregistered, unreported and unregulated methods, which exploit natural resources and the people doing it and, for example, the entire European Union say they will stop buying your product for those exact reasons, the answer is not to complain about “unnecessary and unprofitable new regulations which are the fault of the customer”. The correct response is to put it right. In this case, Thailand has, with some reluctance, done just that and the trade continues. US tariffs are just the next step in forced compliance. It is not victimization in any form, it is ensuring fair play.

With all that said, perhaps a key reason why Thailand has retained its Teflon coating, so far, is because, whether you are a business tycoon worth billions, dining off the finest hand crafted china, or an unemployed casual labourer eating off a brick, you can still eat three square meals per day for under 150 Baht (US$4).

That, I believe, is the enviable manifestation of what His Majesty Bumiphol Adulyadej encapsulated in highly prescient call to maintain “a sufficiency economy”; an economy which, when struggling, can still feed all its people, without external assistance. Long may it continue.

Hugh Adams was born and privately educated in England. He is a permanent resident in Thailand and speaks Thai. Before leaving the UK for Asia 25 years ago, he worked in television news, sports and post production, including at Sky Television as Head of Vision Operations. While living in Thailand, Hugh has been witness to many pivotal moments in the country’s recent history and has continued to work in broadcasting since his arrival, presenting English language breakfast radio on a number of radio stations.  In the past decade he has been English News Sub-Editor for Channel 3 News, NBT World and Thai PBS. Hugh also teaches BA courses in TV and Radio at Thammasat University.  With his entire family here in Thailand, “vive la différence” between cultures remains his personal mantra. 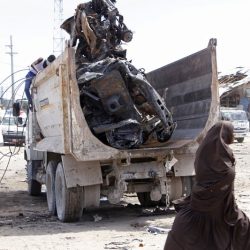 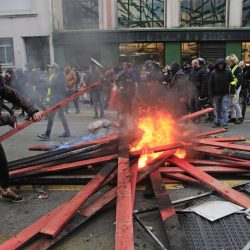