Police said today they have arrested a couple who allegedly committed a string of thefts in several provinces netting about 10 million baht worth of valuables the past ten years.

The couple, identified by police as Apichart Boonruang, 42, and Mrs Thiyada Boonruang, 38, were presented at a press conference with several of the stolen items allegedly found in their lodging in Don Meuang area.

Pol Lt-Gen Suwat Jaengyodsuk, commissioner of First Region Provincial Police Bureau, said that the couple would normally carry a pet dog with them when they visited shops targeted for theft.

They would talk with the shop-owner and would order a large number of goods in the shop and then released their dog to run around to distract the attention of the owner. When the owner and staff in the shop were distracted by the dog, they would grab as many items as possible and fled, said the commissioner.

After the arrest of the couple, as many as 52 theft victims have reported to the First Region provincial police to reclaim their stolen items. 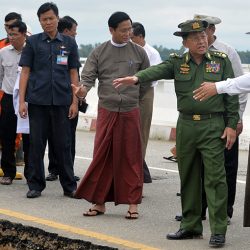 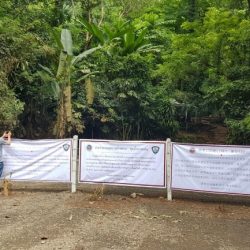