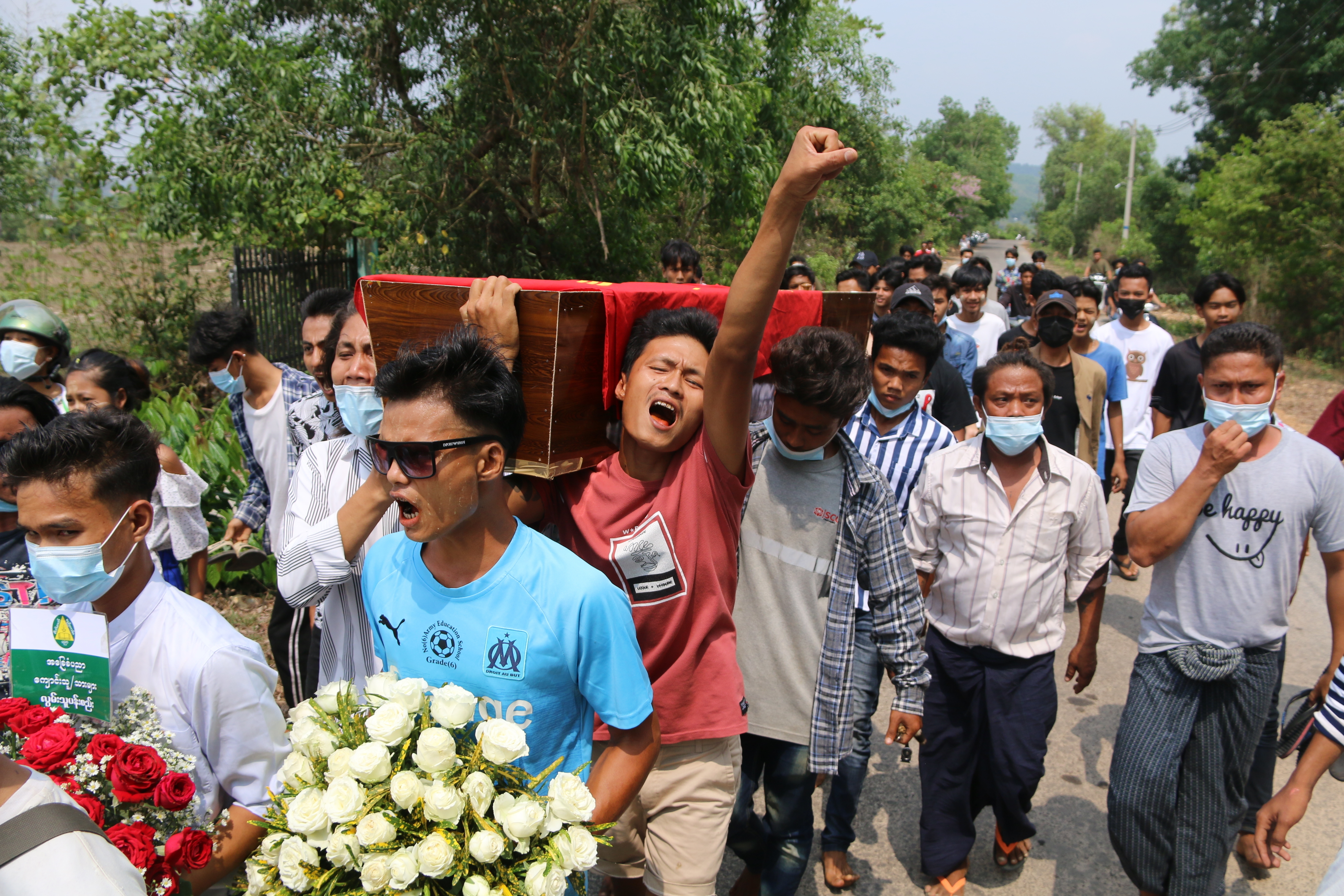 In this April 1, 2021 photo provided by Dawei Watch news outlet, a man raises his hand with a clenched fist as he carries the coffin of 17-year old Kyaw Min Latt during a funeral procession in Dawei, Myanmar. Since the military seized control of Myanmar in a takeover on Feb. 1, more than 825 people have been killed _ well over two times the official tally _ according to watchdog group Assistance Association for Political Prisoners. (Dawei Watch via AP)

At least 73 children were killed by regime forces across Myanmar from Feb. 15 to May. 15, according to the Ministry of Human Rights of the National Unity Government (NUG).

Several children were shot while playing near or inside their homes as soldiers and police raided residential areas while shooting at random. Others died during protests.

Mandalay Region saw the highest number of children killed with 26 deaths, while Yangon recorded 13 killed, according to the NUG’s current list of fatalities.

Children continue to be among those killed and injured by regime airstrikes in ethnic areas where civilian resistance fighters are defending themselves against junta attacks and crackdowns.

In the most recent incident, 13-year-old Aung De was killed after his home was hit by an artillery shell on Monday afternoon in Kachin State’s Momauk Township. Locals said the shell was fired by junta forces and that some houses were also destroyed.

A 10-year-old child also died in a bomb blast in Tedim, northern Chin State, which also injured a six-year-old and a ten-year-old.

Since the junta’s Feb. 1 coup, at least 827 people have been killed by regime forces, according to the Assistance Association for Political Prisoners, which tracks killings and detentions since the military takeover. 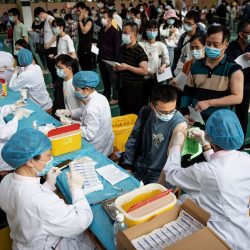 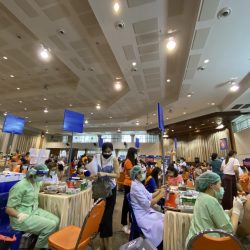