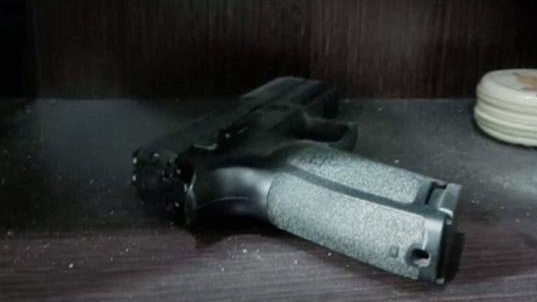 A 7-year-old girl was accidentally shot dead by her 9-year-old brother when he unwittingly pulled the trigger of a loaded semi-automatic pistol, which he found in a closet at their house in Muang district of Phuket province last Saturday.

The tragic incident was disclosed to the media yesterday(Monday) by Pol Col Sarawut Chuprasit, superintendent of the Muang district police.

He said that the two children were playing in a second floor room in the house of a relative. The boy searched the closet and found the gun, which he toyed with and, accidentally, pulled the trigger.

The semi-automatic pistol, which was loaded and with its safety mechanism unlocked, went off and the bullet hit the girl on the left side of the chest. She was immediately rushed to hospital by relatives in the house, but was pronounced dead upon arrival.

The police superintendent said that the tragic incident was an accident and the gun is legal. He added, however, that the police had to charge the boy with negligence causing the death of another, even though, according to Thai law, he is a minor under 12 and is spared punishment, although he is liable for the offence.

He said police, in cooperation with a psychologist, a social welfare worker and a public prosecutor, will handle the case appropriately. 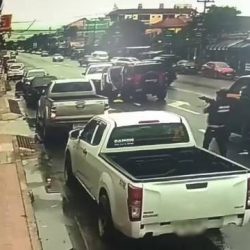 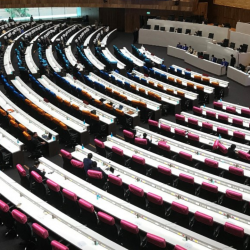