Five waterfalls in Khao Yai National Park, in Thailand’s north-eastern provinces of Nakhon Ratchasima and adjacent Nakhon Nayok, have been declared off-limits to visitors until end of September for safety reasons.

Triggered by heavy rain in mountainous areas, currents caused by the volume of water cascading down from the mountains into creeks and waterfalls are so strong that they pose a serious threat to the safety of visitors who venture near them, said park officials.

Most resorts located near creeks in Nakhon Nayok have been inaccessible due to flooded roads and have closed.

The public disaster prevention and mitigation central command has warned Bangkok, Lop Buri, Saraburi, Ayutthaya, Pathum Thani and Nonthaburi, along the Chao Phraya River, to brace for possible river overflows from today, as more water is being discharged through the Chao Phraya and Pasak Jolasid dams.

The director-general of the Royal Irrigation Department, Prapit Chanma, assured the public that the reservoirs behind the Bhumibol, Sirikit, Pasak Jolasid and Kwae Noi Bamrung Dan dams, and other reservoirs in the country, are currently at 53% of their capacity and still have a combined ability to absorb another 11.782 billion cubic metres of water. 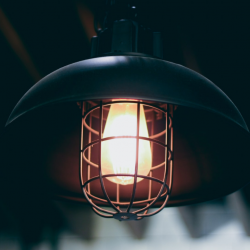 Are consumers paying price for electricity mismanagement in Thailand?