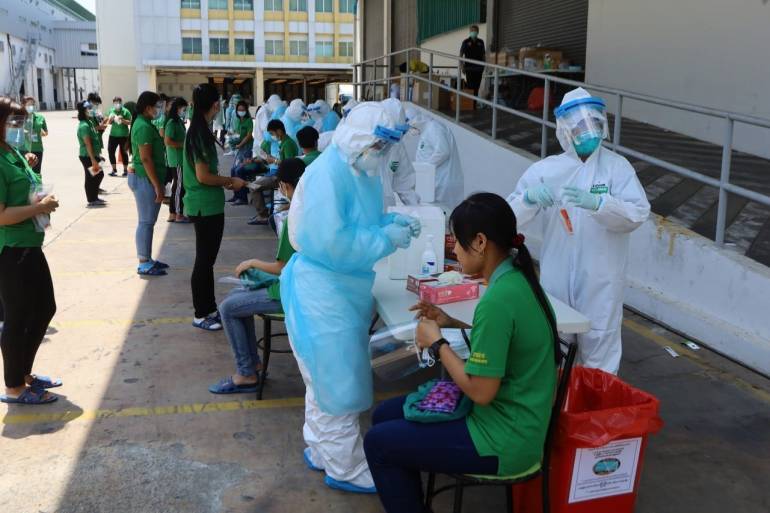 437 more COVID-19 infections have been found connected to the Cal-Comp Electronics factory in Phetchaburi province, bringing the total in the cluster to 2,111 so far, according to local authorities.

The factory was closed on Friday, for two weeks, after 682 employees tested positive. The new cases have been found through the active screening of other employees, said Phetchaburi provincial health chief Dr. Petcharuek Tansawat yesterday.

Of all the cases in the cluster, 781 are Thai workers, while 1,330 others are migrant workers. The former have been admitted to hospital, while the latter have been sent to a field hospital within the factory compound. Those considered at high-risk, but are asymptomatic, are to be quarantined, he added.

The authorities are expediting their COVID-19 screening, not only at the factory, but also in nearby communities and are doing their best to contain the spread in the province, said Dr. Thanarak Phlipat of the Public Health Ministry.

With the closure of Sra Phang and Bang Khem sub-districts of Khao Yoi district, where most Cal-Comp factory workers reside, 14 more security checkpoints have been set up, to prevent factory workers from leaving the areas, said Phetchaburi governor Pakkapong Tawipat. 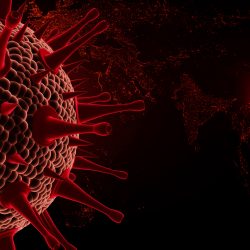