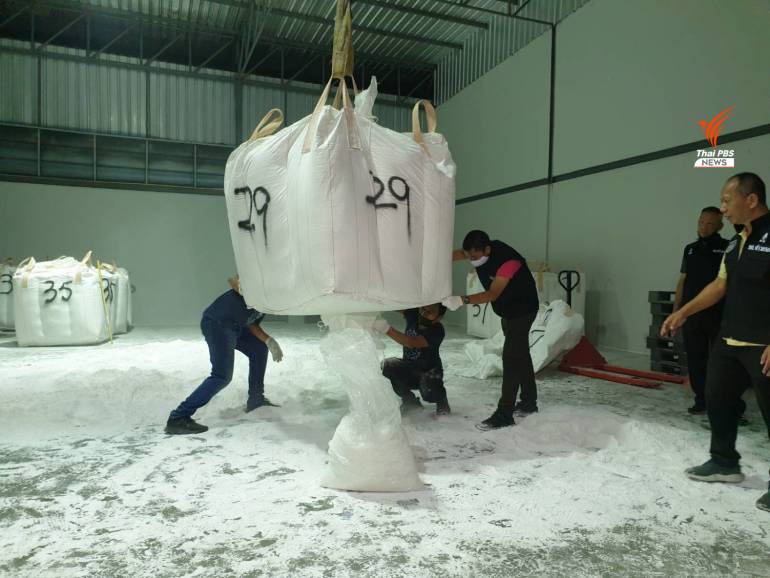 Police seized more than 300kgs of, what is believed to be,ketamine from a warehouse in Sai Noi district of Thailand’s Nonthaburi province today.

A woman, later identified as Saovapa Nasamlee, who was found at the location during the police raid, was taken into custody for questioning.  She reportedly told the police that the drugs were delivered to the facility by a man, known only as “Top”, and her job was to be responsible for the packing of the drug for delivery to a port for shipment to Taiwan.

Police had to punch holes through huge bags of tapioca flour to find the ketamine, which was hidden in in small packages within the tapioca.

After the raid, police searched a house in Soi Ratchadaniwet, Huey Khwang district, and found an additional amount of ketamine. 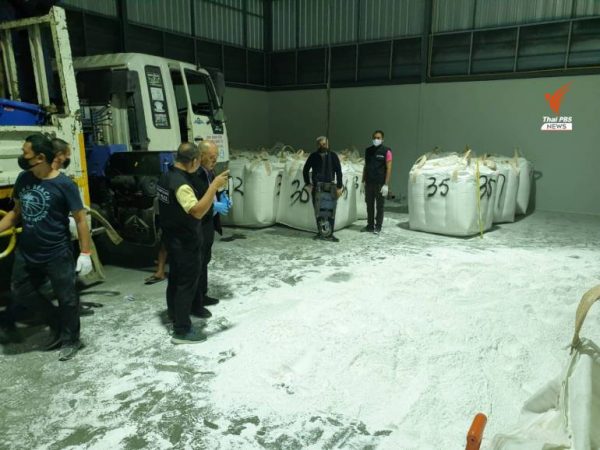 The seizure of the illegal narcotic was a joint operation between Thai and Taiwanese anti-narcotic police.  The seized drugs, however, will have to be sent for laboratory tests, to confirm that it is ketamine and to avoid a repeat of a similar drug raid, at warehouse in the eastern province of Chachoengsao last month, in which 12 tonnes, of what were originally believed to be ketamine, were later confirmed to be calcium carbonate and trisodium phosphate, a chemical which is used as a food additive and cleaning agent.

That raid was also connected to Taiwan. 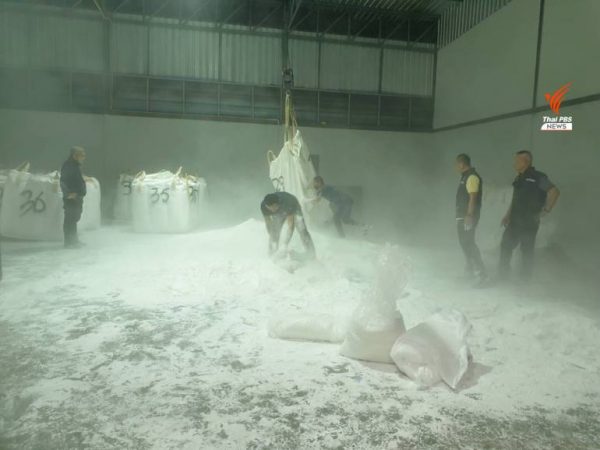 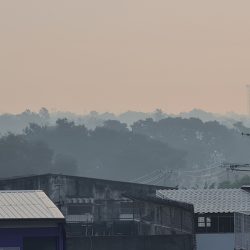 42 areas in Bangkok and suburbs still have excessive pollution, though better than yesterday 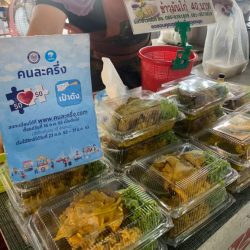