300 houses submerged after collapse of  floodwall 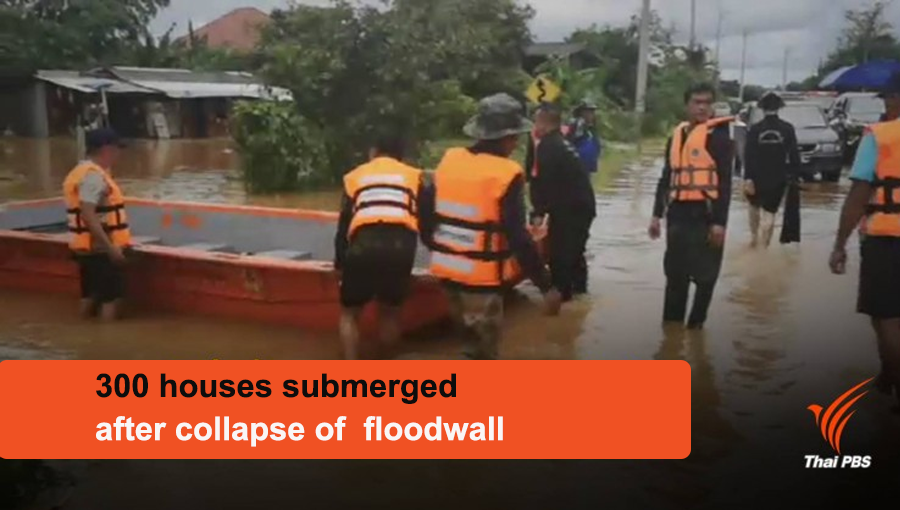 About 300 houses in Mae Chan district of the northern province of Chiang Rai went under water after an old flood wall caved in Saturday night, allowing overflow from the swollen Nam Kham river to rush into several villages of Tambon Mae Kham.

Reports said that many households were unable to move their belongings to higher ground because they were caught off guard by a rush of the runoff from the collapsed flood wall.

Ban Muang Kham Mai, Ban Rong Kor, Ban Santhart and Ban Moosee are among the villages submerged in water from 30 cm up to one metre deep.  Roads in the villages are also flooded, rendering difficulty in travelling.

Chiang Rai governor Prachon Pratsakul on Sunday led relief workers and troops from the Pha Muang task force to assist the flood victims and to provide them with food and drinking water.

The governor blamed torrential downpour in the past 48 hours for swelling rivers and creeks in Chiang Rai to the point that they burst banks and swamp low-lying areas.

He said the floodwall at Ban Muang Kham Mai which collapsed was old as it was built many years ago.

For the past two days, 76 villages in five districts of Chiang Rai are flooded.