A passenger van, crammed with 22 illegal migrant workers from Myanmar, was intercepted by police at a checkpoint on the Asian highway in Rattaphum district of Thailand’s southern province of Songkhla yesterday (Friday).

A second van, believed to be the scout vehicle, was also apprehended by the police at the same checkpoint, along with the driver, identified as Anupong Fuangfoo. Two other vehicles, which were also believed to carry illegal workers from Myanmar, managed to flee the scene.

Anupong is reported to have told police that he was asked by a broker to guide a convoy of three vans, which would pick up Myanmar workers from Prachuap Khiri Khan province to be sent to Songkhla. He claimed that he was offered 15,000 baht as a fee by the unidentified broker.

Sophonwich Chaiming, driver of the van containing about 22 Myanmar workers, claimed that he was also promised 16,000 baht as a fee after the delivery of the workers to Songkhla, province where they would be smuggled across the border into Malaysia.

Police said that the Myanmar workers admitted that they each paid 60,000 baht to a human trafficking gang to be sneaked into Thailand and then to the Thai-Malaysian border . 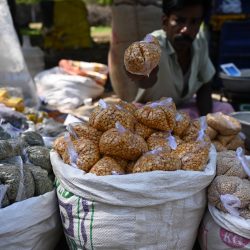 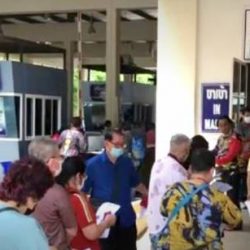