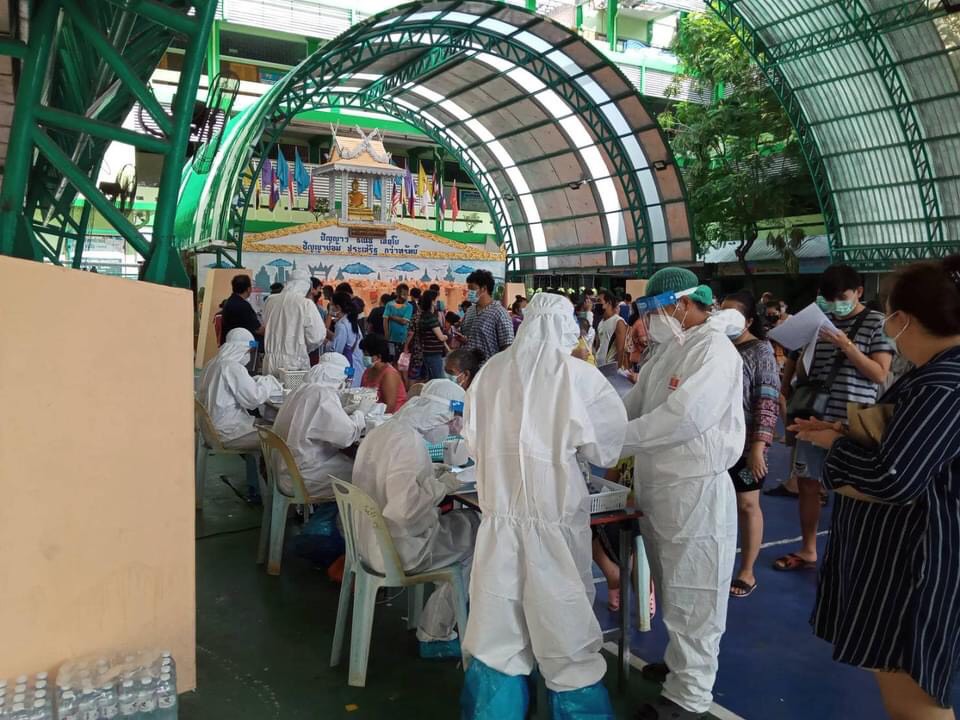 Thailand recorded 2,112 new COVID-19 cases and 15 fatalities today (Wednesday), according to the Centre for COVID-19 Situation Administration (CCSA). Cumulative infections, since April 1st, are 46,037 and the death toll since early last year is 318.

4 of the fatalities were in Bangkok, 2 each in Sukhothai and Nonthaburi and 1 each in Pathum Thani, Rayong, Yala, Ayutthaya, Prachuap Khiri Khan, Nakhon Phanom and Nakhon Pathom.  Eight are males and seven females and their age range is from 50 to 86.

In Bangkok’s neighboring province of Nonthaburi, 97 new COVID cases were recorded, raising total infections in the province to 2,580 for the month of April. 1,256 are still being treated in hospitals, while the death toll was recorded at 19.

In Chiang Mai, the provincial communicable disease committee has ordered lockdowns, until May 17th, of Ban Mae Or Nai village in Chiang Dao and Ban Rai in Hang Dong district, after 10 and 8 villagers respectively were found to be infected with coronavirus.

In an announcement, issued yesterday, the committee urged people in Chiang Mai to avoid visiting the two villages, unless it is necessary, while residents of the two villages were told to stay home and to avoid group activities.

According to the committee, the COVID-19 infections in Ban Rai were traced back to the village head, who was unaware that he was already infected when villagers visited him, on April 20th, to perform a traditional Songkran ritual.  Seven other people were later found to have contracted the disease.

In Chon Buri, 110 new infections and 7 more deaths were recorded today. Cumulative infections, since April 1st, are 2,985, with 1,620 of them are still being treated in hospitals. 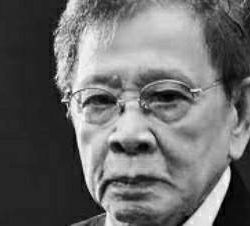 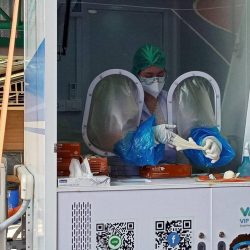