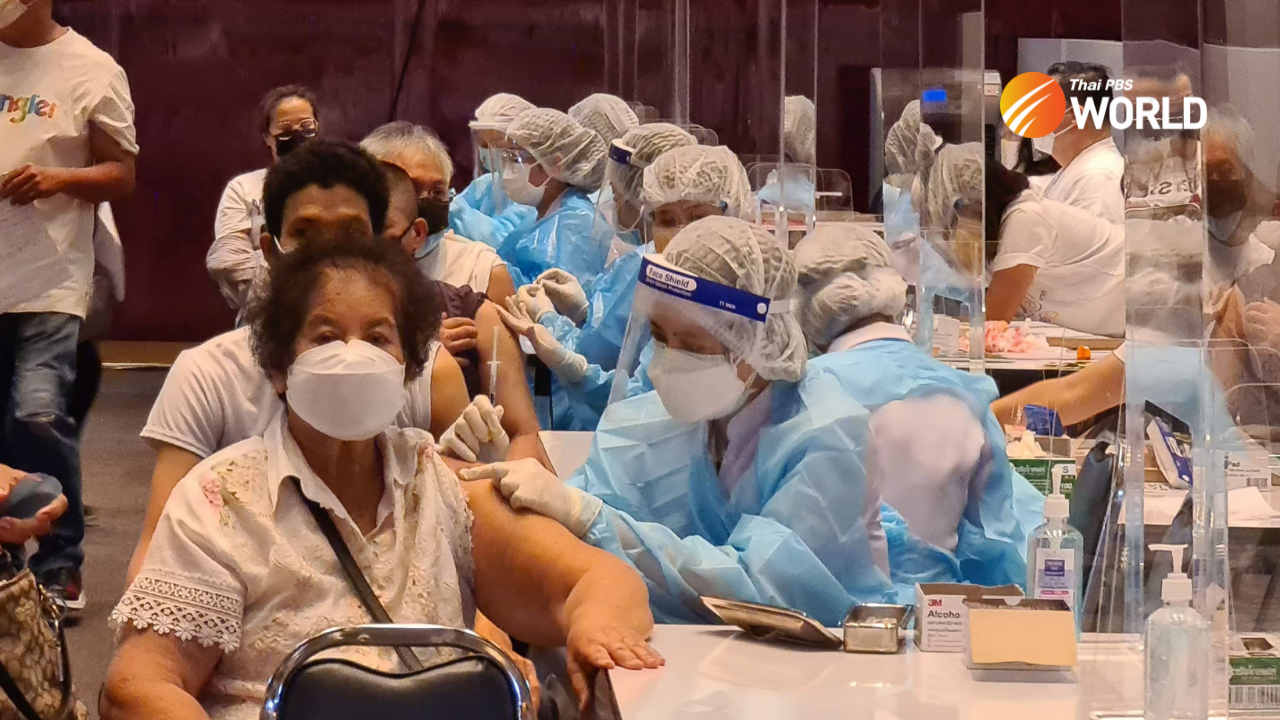 With over 100 million doses of COVID-19 vaccine administered in Thailand, 2021 has been a year of mass vaccination but also frustration and confusion.

As the year began, the country was abuzz with talk of vaccines. Countries like the United Kingdom had already begun their vaccine rollout, and Thais hit by the second wave of infections were desperate to get their shots.

However, there were no guarantees of a jab at all in the first half of 2021, despite the emergence of fast-spreading variants like Alpha and Delta.

The government had signed a deal for locally made AstraZeneca doses in 2020, but growing public pressure forced it to procure Sinovac vaccine from China. The deal triggered public concern about the Chinese vaccine’s efficacy and safety.

In a bid to boost public confidence, Public Health Minister Anutin Charnvirakul launched the rollout by becoming the first person in Thailand to get a Sinovac jab. Prime Minister General Prayut Chan-o-cha, meanwhile, was the first person in the country to get the AstraZeneca shot.

The rollout failed to halt public criticism, however, as demand for vaccines far exceeded supply. Meanwhile, the government was apparently reluctant to let the private sector procure alternative COVID-19 vaccines to give the public more choice.

Amid reports of COVID-19 patients dropping dead in the street or fighting for their lives, the private sector began offering vaccination tours to other countries.

Many wealthy Thais, unsure of how long they would have to wait for a free state-supplied shot, flew overseas to get jabbed.

Those who stayed at home found it difficult to register for a jab, and limited supplies meant many had their bookings canceled or postponed.

Despite all the criticism, the government managed to pass its target of 100 million jabs earlier this month. The target was met after vaccination centers nationwide managed to administer an average of 370,000 doses per day since the rollout began on February 28.

Most Thai children above the age of 12 have been vaccinated and there is a good chance that younger kids will soon get their jabs too.

However, government statistics also include the millions who have paid for alternative vaccines. Of the doses administered, about 15 million were of Sinopharm, an alternative vaccine procured by Chulabhorn Royal Academy (CRA), and 1.8 million of Moderna – another paid alternative.

927 million baht paid to over 8,000 people suffering side effects from COVID vaccinations

Between April 5th and December 26th, Thailand’s National Health Security Office (NHSO) paid out about 927 million baht in financial aid to 8,470 people who suffered undesirable side effects after being inoculated with COVID-19 vaccines. According to Atthaporn Limpanyalert, NHSO deputy secretary-general, 11,707 people have filed claims for financial support after COVID-19 vaccinations, but only 8,470, or 72.39%, have met the criteria for compensation.

Despite reaching the milestone of 100 million doses, confusion over vaccinations is still rife in Thailand. Thais are anxious to keep abreast of developments, fearing they might miss out on an important announcement.

When mobile providers offered appointments for the third shot in recent weeks, only the quickest responders secured a booking. The rest are still figuring out how to get their free booster and protect themselves against the latest variant, Omicron. Those who have instead booked an alternative Moderna shot may have brighter prospects.

It should be noted that information about COVID-19 vaccines keeps changing. Initially, the Public Health Ministry warned people about being “over-vaccinated”. Now it is advising that people who have had two shots of AstraZeneca can get a booster three months after their second shot, while those who have had two shots of Sinovac or Sinopharm can get a third shot four weeks later.

Only those who have had two shots of the mRNA Pfizer or Moderna vaccine, or a combination of AstraZeneca and Pfizer should wait for six months before getting their third jab.

Thais indeed have to study vaccine information carefully to avoid signing up for the wrong type, given that there are now various vaccine formulas in Thailand.

As 2021 draws to a close, Thais are as confused as ever over what they should do to protect themselves and their loved ones against COVID-19. It also remains unclear as to which vaccine and how many boosters are effective against Omicron, which is far more transmissible than Delta and has quickly become the dominant strain in many countries.