2021: A year of crackdowns and ‘lawfare’ for Thailand’s anti-establishment movement 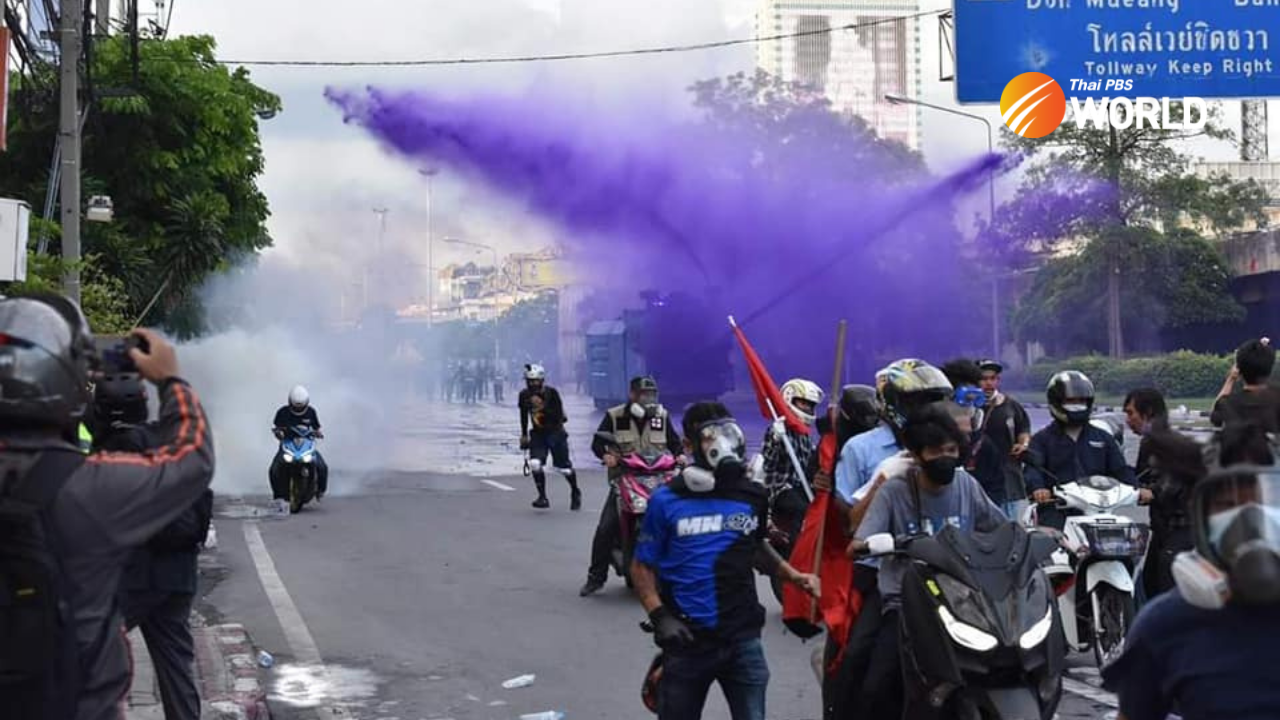 The Thai government has been accused of waging “lawfare” against the anti-establishment movement over the past year, charging its key leaders with serious criminal offenses after they demanded political and royal reforms at street protests.

Many of the youth-led movement’s chiefs are either in detention awaiting trial or busy fighting court battles over charges of violating the emergency decree to sedition and insulting the monarchy (lese majeste).

Government restrictions including a ban on gatherings ostensibly imposed to combat the COVID-19 outbreak, have sapped the protest campaign’s momentum.

Meanwhile, Gen Prayut Chan-o-cha’s administration has opted for a legal approach in dealing with the reformist movement – a tactic that has so far proved successful.

Courts have indicted many of the movement’s leaders over speeches they gave at street protests during the past year. They are charged with violating the lèse-majesté law for severely criticizing the monarchy and with committing sedition by allegedly inciting unrest and disturbance. The charges carry maximum prison sentences of seven and 15 years, respectively.

Defendants’ requests for temporary release were mostly rejected by courts, on grounds they had repeatedly violated bail conditions by continuing their activism.

The biggest blow against the anti-establishment movement was struck on Nov 10, when the Constitutional Court ruled that its demands for monarchy reform amounted to an attempt to overthrow the country’s democratic system with the King as head of state.

In a controversial verdict, the court ruled that Arnon, Panusaya and Panupong had given speeches aimed at overthrowing the state and the monarchy. It also ordered the trio and their allies to end all moves against the monarchy.

It was Panusaya who, in August last year, first issued the movement’s 10 demands for monarchy reform at a rally on Thammasat University’s Rangsit campus. Fellow protest leaders repeated the demands at later rallies.

The protest movement emerged in late February 2020 in response to the disbandment of Future Forward Party, which came third in the 2019general election thanks to mass support from younger voters. A court ordered the disbandment after finding the party guilty of exceeding donation limits.

This first wave of protests, held mainly in universities and schools, was brought to a halt by the domestic COVID-19 outbreak.

Street protests resumed in July 2020 with a large demonstration at the Democracy Monument in Bangkok organized by the Free Youth group. The protesters initially called for Parliament’s dissolution and a new constitution, before adding monarchy reform and the resignation of Prime Minister Prayut to their demands.

Anti-establishment protests continued for months and were joined by tens of thousands at their height, as the push for royal reform and transparency gained momentum. But this second wave of protests was interrupted by another COVID outbreak.

In February, the protesters returned to the streets — albeit in smaller numbers after their key leaders were arrested and charged with serious offenses. Initially, the leaders were granted bail release on condition they did not repeat the alleged offenses.

Street protests became more violent with the arrival of Talugas, a group of mainly working-class youths armed with slingshots, firecrackers and “ping-pong bombs”. Talugas protesters confronted police almost nightly around the Din Daeng intersection in Bangkok, where they were accused of setting fire to police vehicles and traffic control kiosks.

Police were accused of resorting to force in dealing with the protesters but also blamed for failing to halt the destruction of public property. Royalists also demanded that police take action against protest leaders for allegedly insulting His Majesty the King.

Although the virus crisis remained serious, protests returned in June, with calls for the abolition of Article 112 of the Criminal Code, or the lèse-majesté law.

However, the number of protesters was much lower than last year.

Leaders of the protest movement remain defiant, vowing to continue their battle against the establishment despite the legal onslaught against them. However, it appears their chance of winning has diminished now that they also have to fight on a second front – in court. 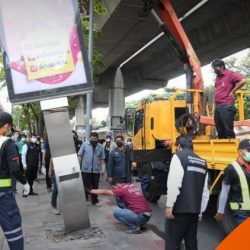 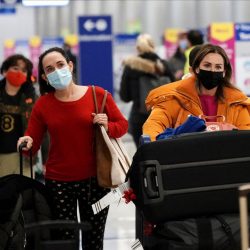