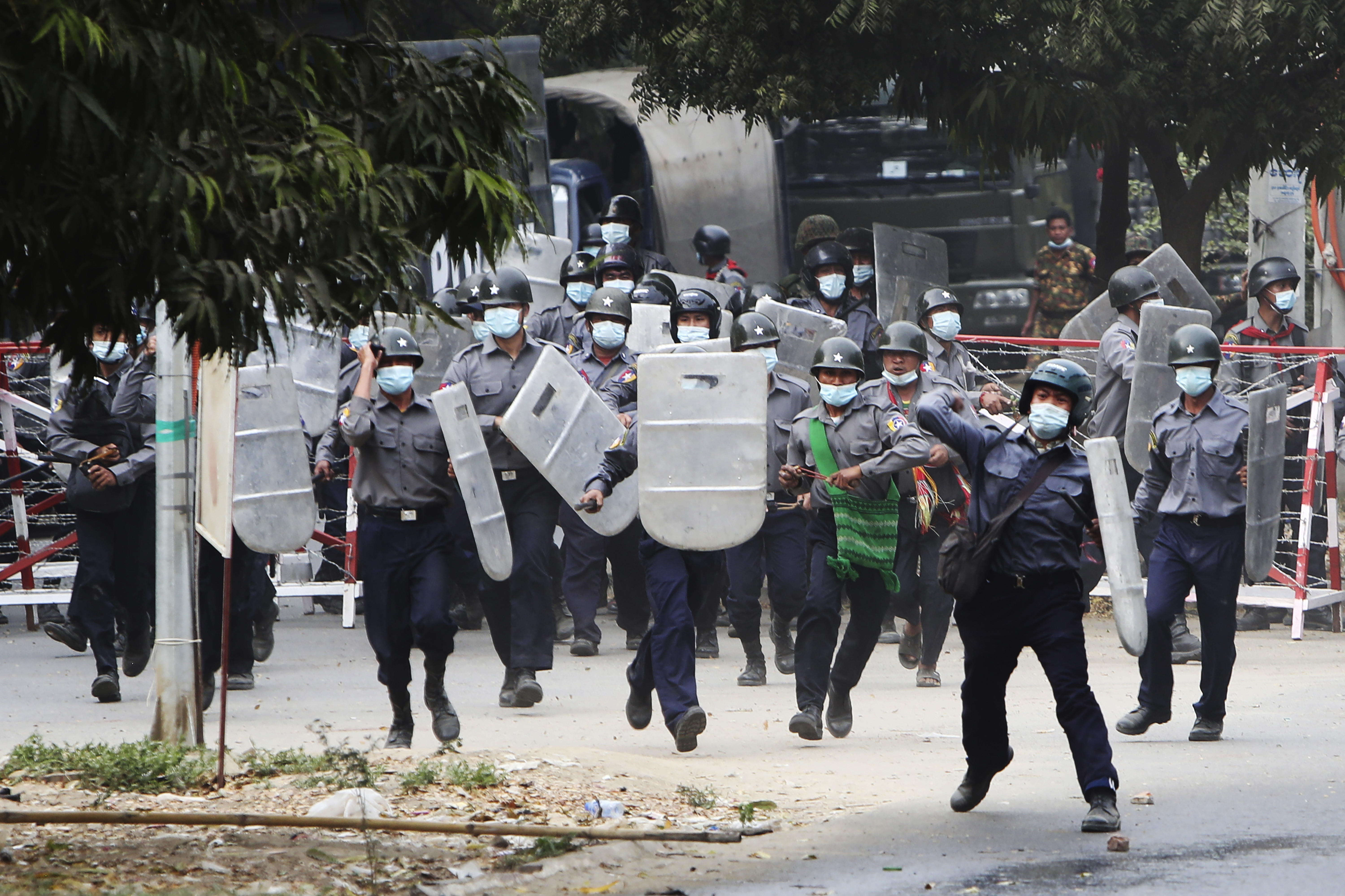 One of the victims was shot in the head and died at the scene, according to Frontier Myanmar, a news and business magazine based in Yangon, the country’s largest city. Another was shot in the chest and died en route to the hospital.

Several other serious injuries were also reported. The shootings occurred near Mandalay’s Yadanabon dock, where tear gas and rubber bullets were used on protesters earlier in the day.

At least five people were injured by rubber bullets and had to be carried away in ambulances, according to an Associated Press journalist who witnessed the violence.

Some 500 police and soldiers descended on the area near Yadanabon dock after dock workers joined the national civil disobedience movement, refusing to work until the military junta that seized power in a Feb. 1 coup reinstates the democratically elected government.

Protesters and residents were forced to flee the neighborhood amid the violence, as security forces chased after them.

There were reports of sounds that resembled gunfire. A group of journalists was forced to flee after being hit with tear gas and slingshot projectiles.

Earlier in the week in Mandalay, security forces cracked down on state railway workers in a similar fashion after they joined the civil disobedience movement.

Less than an hour after the 8 p.m. curfew started on Wednesday, gunshots were heard as more than two dozen police officers with shields and helmets marched past railway workers’ housing. Numerous videos posted on social media showed muzzle flashes as shots were heard, and some police shot slingshots and threw rocks at the buildings. Marching chants of “left, right, left, right” could be heard along with shouts of “shoot, shoot.”

Also Saturday, anti-coup protesters in Myanmar’s two largest cities paid tribute to a young woman who died a day earlier after being shot by police during a rally against the military takeover.

An impromptu memorial created under an elevated roadway in Yangon attracted around 1,000 protesters. A wreath of bright yellow flowers was hung beneath a photograph of Mya Thwet Thwet Khine, who was shot in the capital, Naypyitaw, on Feb. 9, two days before her 20th birthday.

Her death on Friday, announced by her family, was the first confirmed fatality among thousands of protesters who have faced off against security forces since top military commander Min Aung Hlaing took power in the coup.

Protesters at the memorial chanted and held up signs that read “End the dictatorship in Myanmar” and “You will be remembered Mya Thwet Thwet Khine.” The supporters also laid roses and rose petals on images of the woman.

Video from the day she was shot show her sheltering from water cannons and suddenly dropping to the ground after a bullet penetrated the motorcycle helmet she was wearing. She had been on life support in a hospital for more than a week with what doctors said was no chance of recovery.

In Mandalay on Saturday, a protest led by medical university students drew more than 1,000 people, many of whom also carried flowers and images of Mya Thwet Thwet Khine.

Others held signs saying “CDM,” referring to the nationwide civil disobedience movement that has encouraged doctors, engineers and others to protest the coup by refusing to work.

Across the country, protests showed no signs of slowing down despite recent crackdowns by the military government — including a sixth consecutive night in which the internet was cut for many hours.

Aerial images taken Friday showed streets in Yangon painted with the words “The military dictatorship must fall” in Burmese, and “We want democracy” and “Free our leaders” in English.

Security forces have been relatively restrained so far in confronting protesters in Yangon, but appeared to be toughening their stance in areas where there is less media presence.

Police used force for a second straight day Friday to arrest protesters in Myitkyina, the capital of the remote northern state of Kachin. The Kachin ethnic minority has long been in conflict with the central government, and there has been an intermittent armed struggle against the army there for decades.

The junta seized power after detaining Suu Kyi and preventing Parliament from convening, saying elections in November were tainted by voting irregularities. The election outcome, in which Suu Kyi’s party won by a landslide, was affirmed by an election commission that has since been replaced by the military. The junta says it will hold new elections in a year’s time.

The U.S., British and Canadian governments have imposed sanctions on the new military leaders, and they and other nations have called for Suu Kyi’s administration to be restored.

The coup was a major setback to Myanmar’s transition to democracy after 50 years of army rule. Suu Kyi came to power after her National League for Democracy party won a 2015 election, but the generals retained substantial power under the constitution, which was adopted under a military regime. 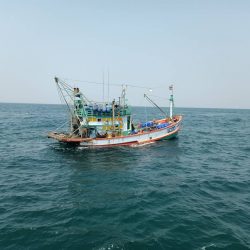 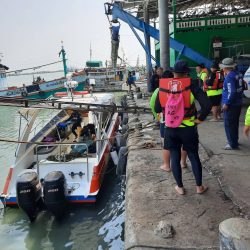