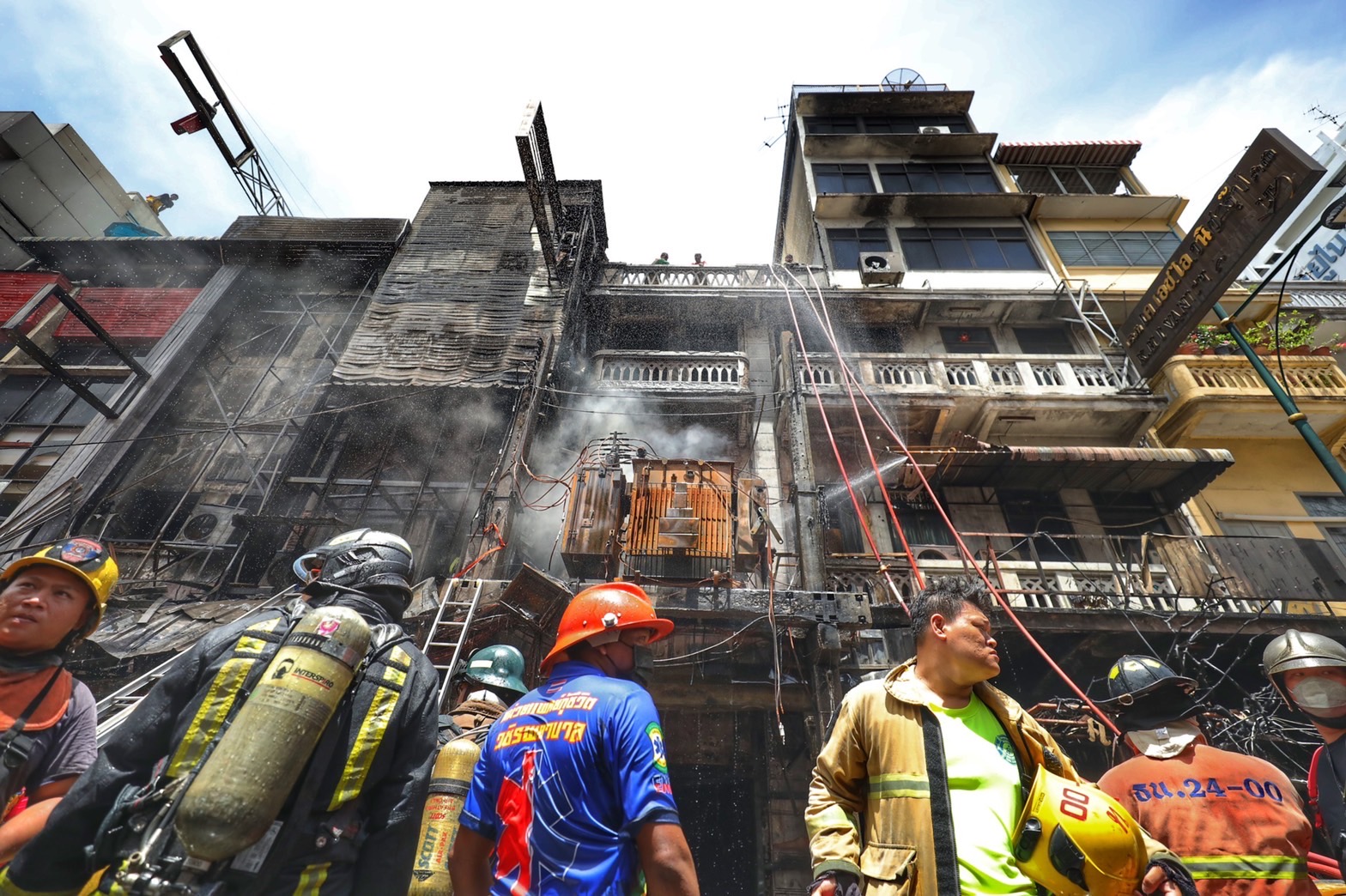 Two people are confirmed dead and six others, including firefighting volunteers, suffered the effects of smoke inhalation during a blaze at Sampeng Market in Bangkok’s Chinatown area today (Sunday).

The fire is reported to have started after an old transformer exploded at about 11.20am and flames reached the LPG cylinders of a food vendor, which also exploded, reportedly killing the unidentified vendor. 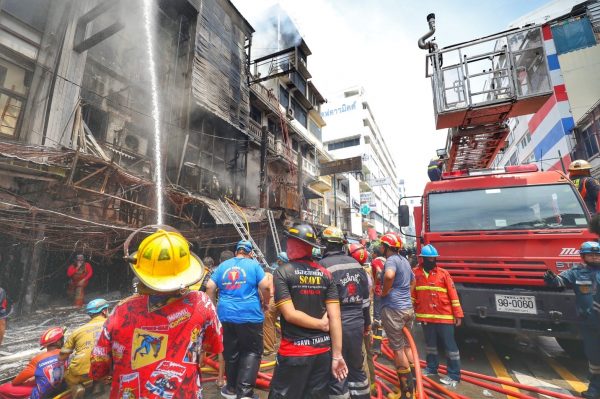 The fire then spread to four shophouses, forcing many shoppers and vendors to flee in panic. A car, which was parked in front of the shop houses, was also burned. About 20 fire trucks and their firemen rushed to the scene.

Initial reports from the scene say that one of the fatalities was a Thai man and the other was a migrant worker. Their bodies have been removed from the rubble of a building by rescue workers. Four shophouses, three cars and four motorcycles were damaged in the blaze. 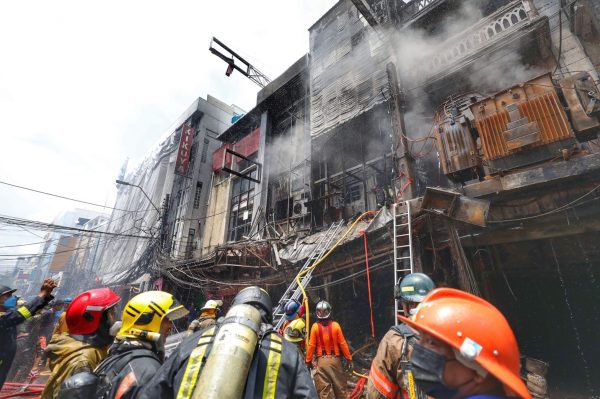 The Samphanthawong district office has set up a relief centre for people whose houses sustained damage. Initially, each household will be given 49,500 baht in support and relatives of the dead will be paid 29,700 baht each for funeral costs.

Police said that the four-storey shop house building, where the transformer exploded, contained many sacks, plastic bags and paper boxes.

Firemen took about three hours to get the fire under control. 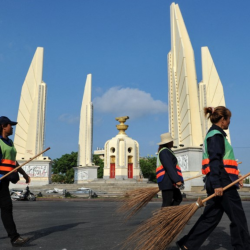 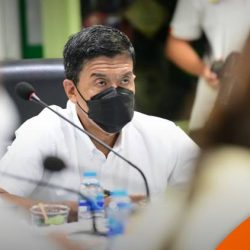