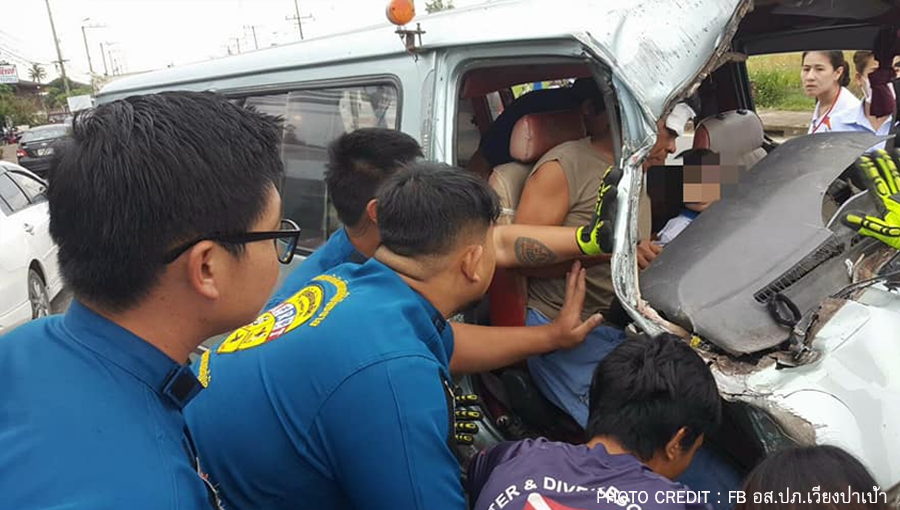 Fourteen children were injured this morning when a van carrying them on their way to school rammed into the rear of a six-wheeled truck in Wiang Pa Pao district of Chiang Rai province this morning. The van driver was also injured.

The van, which was fully loaded with schoolchildren of Wiang Pa Pao School, ran into the rear of a six-wheeled truck which was making a U-turn at the intersection.

Fourteen children, boys and girls aged 5-10 years, and the driver were injured.

They were admitted to Wiang Pa Pao hospital. Most of them were later released from the hospital.