Good news for PM Prayut Chan-o-cha is that charter amendment will take a back seat, and the impact of the Future Forward Party’s dissolution, which had looked like a political dynamite only two months ago, does not appear so daunting now. Bad news is that what he will face is much scarier local and world economies in dark tunnels.

The new enemy can become so formidable that the prime minister would gladly trade it for a full-scale drive for charter reform and Thanathorn Juangroongruangkit and his top lieutenants back in Parliament. A post-COVID-19 Thailand will need a massive sum of relief or compensation money, face an export nightmare, see the tourism industry continuing to be on life support, deal with great disruptions of once-promising startup businesses and struggle to help big businesses like airlines and hotel chains.

Last but not least, if Prayut wins the COVID-19 battle, the victory could mean virtually nothing economically if his counterparts in other countries lose. He has the power to end Thailand’s lockdown, but he can’t make other countries reopen.

It’s a scenario no elected politician in power wants. If Prayut manages to steer the country clear of the current public health crisis, he will get credit, but there will be no honeymoon. Politics ensures any praise will be short-lived, and more so in the circumstances of Thailand. Parliament will squabble over how state money will be earned or borrowed and how it should be prioritised. Minor corruption can become a big scandal. Any small amount of relief money going to wrong recipients can prove politically deadly.

Many world leaders will be in similar situations, more or less. None of them will want to win the COVID-19 battle but lose the economic war. This is probably why US President Donald Trump is looking so eager to “reopen” his country.

Prayut will be walking on an economic tightrope. He has seen glimpses of economic thin lines during these past few weeks. For example, one day he was bombarded as a result of eggs’ shortage, but the next day farmers and exporters wanted to tear him apart for flooding domestic shelves with eggs at the expense of their foreign incomes. The issue of ballooning electricity fees triggered an outrage that almost overshadowed Thailand’s continued decrease in COVID-19 numbers, although the government managed to bounce back quickly.

More such headaches will be overwhelming. How will he balance the concept of self-reliance or self-sufficiency _ which can ensure that when bad comes to worst, Thais will not be starving _ and the need to help exporters? How can he “compensate” people’s losses without being seen or decried as a populist who knows nothing but spend state money? How can he find money sufficiently without being deemed a “beggar”, which can turn into powerful political rhetoric?

Exports will face worldwide restrictions, most economists agree. Countries will rush to protect their own manufacturers and producers, and Thailand is among those needing to tread carefully to avoid charges of double standard. On the one hand, exporters need great help. On the other hand, various imports can hurt local businesses. This long-standing dilemma hounding free trade will be a lot more glaring in the immediate future.

This time it won’t be just “bad” figures on papers, warned a leading economist. The “bad” can materialise in the form of riots.

Politics will confront him every step of the way. Ideas will be scrutinised, which is generally good but Prayut will have to be ready for taunts like when he was dubbed a pauper following announcement that he was enlisting help from top Thai billionaires. Measures will be more so. There will be no room for graft.

If what is to come is not scary enough for Prayut, perhaps he can consider that the worse the economy, the likelier it will be for the bombshell issues of charter reform and now-defunct Future Forward Party to exploit any slip and make a grand return, and this time they will be more formidable than ever. 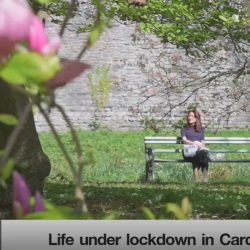 Life under lockdown in Cardiff, UK 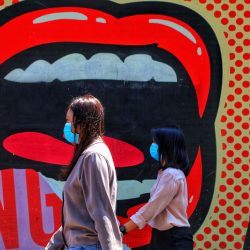 Thailand reports fewest infections for over a month