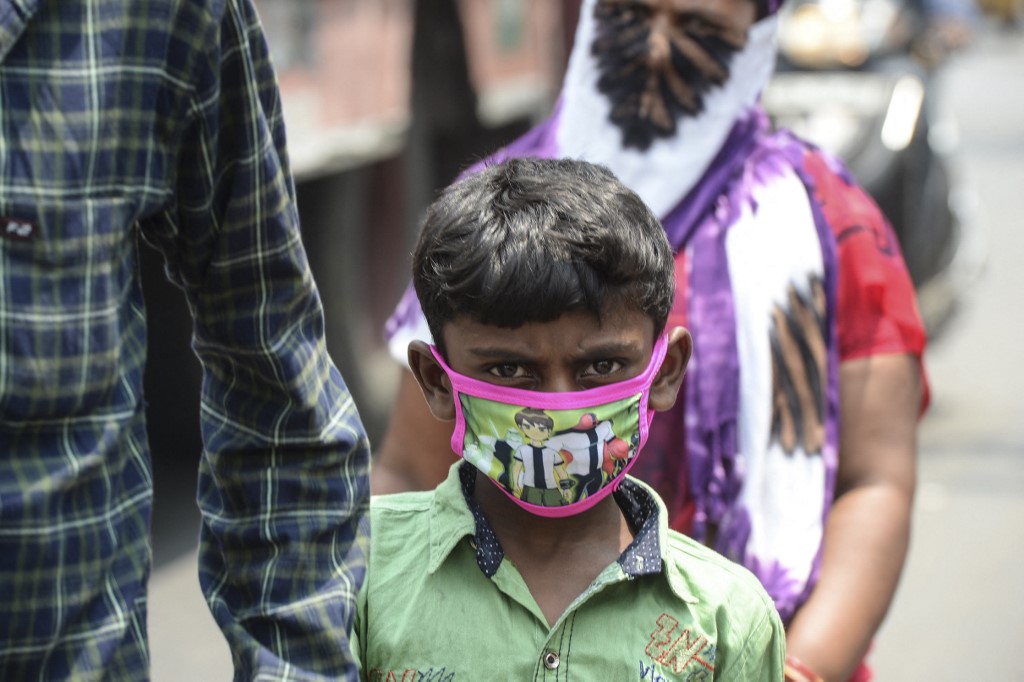 April 12, 2021 in Hyderabad. (Photo by NOAH SEELAM / AFP)
The Covid-19 pandemic has entered a critical phase as infections exponentially increase despite widespread measures aimed at stopping them, the WHO warned, with record case numbers in South Asia triggering tough new restrictions.

The coronavirus has already killed more than 2.9 million people and infected nearly 136 million across the world.

But the World Health Organization’s technical lead on Covid-19 Maria Van Kerkhove said “the trajectory of this pandemic is growing… exponentially.”

“This is not the situation we want to be in 16 months into a pandemic when we have proven control measures,” she told reporters, adding “we are at a critical point of the pandemic right now”.

India on Monday overtook Brazil as the country with the second-highest number of infections, after logging more than 168,000 new cases in a single day.

The recent, rapid increase of infections has taken India’s total number of cases to 13.5 million, above Brazil’s 13.48 million.

‘Nobody follows the rules’

“The solution is for everyone to stay home for two months and end this (pandemic) once and for all. But the public doesn’t listen,” said Rohit, a 28-year-old waiter in Mumbai.

“Nobody follows the rules in the restaurant… If we tell customers to wear masks, they are rude and disrespectful to us.”

Experts have warned that huge, mostly maskless and tightly packed crowds at political rallies, mass religious festivals and other public places have fuelled the new wave of cases.

In the Himalayan city Haridwar on Monday, maskless Hindu pilgrims squeezed shoulder-to-shoulder on the banks of the Ganges River jostling for a dip as they observed a Kumbh Mela ritual, despite the risk of infection.

Held once every three years, Kumbh Mela is often labelled the world’s largest religious gathering, but the 2021 event has posed a challenge to health officials who are struggling to enforce pandemic safety measures.

Several regions have tightened curbs on activity while Maharashtra, India’s wealthiest state and current epicentre of the country’s epidemic, imposed a weekend lockdown and night curfew.

But the government is desperate to avoid a repeat of last year’s nationwide March shutdown — one of the world’s toughest -– which caused widespread human and economic misery.

Neighbouring Bangladesh has already resorted to drastic measures, announcing Monday it will shutter all offices for eight days, in an attempt to staunch its own spiralling outbreak.

The South Asian nation of 160 million people will virtually seal itself off, shutting down both international and domestic transportation starting Wednesday.

All stores, except those supplying food, will close.

COVID-19 has been around for more than a year already in Thailand. Since it began spreading in early 2020, experts have been warning about more dangerous waves of infection to come. Yet, when the third wave finally hit this month, the government was seemingly caught ill-prepared. “We are not that confident.

But elsewhere, there were glimmers of hope in the drawn-out fight against the pandemic.

English pubs and restaurants can now serve people outside, a move welcomed by the hard-hit hospitality sector despite forecasts of wintry temperatures.

“It’ll be great to see everybody again and see all the locals,” Louise Porter, landlady of The Crown Inn in Askrigg, northern England, told AFP.

“Our lives have just been turned upside down, just like everybody else’s,” she said, adding, “we’re still here to tell the tale”.

Retail parks and high streets are anticipating a shopping spree, hoping that the partial reprieve after more than three months of stay-at-home orders will trigger a much-needed economic windfall.

Once the worst affected country in Europe, Britain launched a successful vaccination campaign coupled with lockdown measures that cut deaths by 95 percent and cases by 90 percent from January.

In France, now the European country with the most infections, an expansion of the vaccine rollout on Monday has buoyed optimism among lockdown-weary residents. Everyone over 55 years old is now eligible for Johnson & Johnson and AstraZeneca jabs.

In Greece, high school students were welcomed back to campus for the first time in five months on Monday.

Students and teachers will be tested twice per week, but the reopening has some health experts worried since the country is still in the grips of the pandemic. 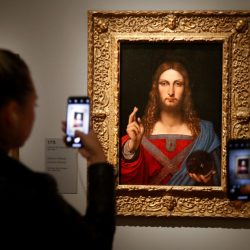 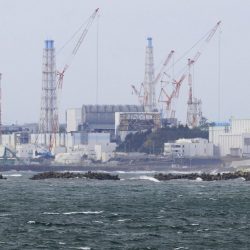 Japan to start releasing Fukushima water to sea in 2 years