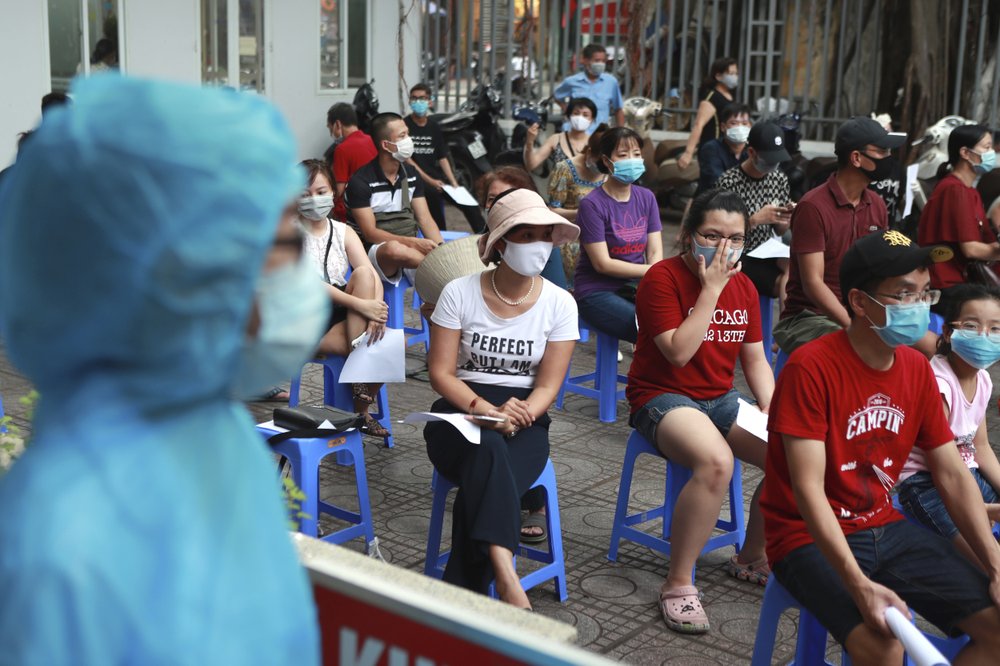 People wait in line for COVID-19 test in Hanoi, Vietnam, Friday, July 31, 2020. Vietnam reported on Friday the country’s first ever death of a person with the coronavirus as it struggles with a renewed outbreak after 99 days without any cases. (AP Photo/Hau Dinh)

HANOI, Vietnam (AP) — A second person died of coronavirus complications in Vietnam, officials said Saturday, a day after it recorded its first-ever death as it struggles with a renewed outbreak after 99 days with no local cases.

Both men died in a hospital in Da Nang, a hot spot with more than 100 cases in the past week, more than half of them patients.

The Health Ministry said a 61 year-old man died on Friday evening of septic shock and chronic kidney failure. The country’s first fatality was a 70-year-old who was being treated for a kidney illness.

Da Nang is Vietnam’s most popular beach destination, and thousands of visitors were in the city for summer vacation. Across the country, authorities are rushing to test people who have returned home from the coastal city.

Fifteen other patients with COVID-19 are in critical condition, officials said. All have other underlying illnesses. On Saturday morning, the Health Ministry confirmed 12 more cases, all linked to the hospital.

Vietnam had been seen as a global success story in combating the coronavirus with zero deaths and no confirmed cases of local transmission for 99 days. But a week ago an outbreak began at Da Nang Hospital. It has spread to six parts of the country, including three of the largest cities, forcing authorities to reimpose virus restrictions.

Experts worry the actual number of cases could be far higher. Before the latest outbreak it had a total of only 416 cases.

“I want to be tested so I can stop worrying if I have the virus or not. It is for me and for the community,” said Pham Thuy Hoa, a banking official who recently went to Da Nang for a family vacation. “Since coming back, my family and I have quarantined ourselves at home. I did not go to work or see others. We must be responsible for the entire community.”

In Ho Chi Minh City, the country’s southern hub, five people who returned from Da Nang have tested positive for the virus. The city is testing some 20,000 other returnees.

As the number of case continues to increase, Da Nang has tightened security and set up more checkpoints to prevent people from leaving or entering the city, which has been in lockdown since Tuesday.

The city on Friday began setting up a makeshift hospital in a sports auditorium and doctors have been mobilized from other cities to help.

Hoi An, an ancient town and top tourist destination known for its charming old houses 20 kilometers (12 miles) south of Da Nang, stopped allowing visitors on Thursday because of the outbreak. Its pedestrian streets, adorned with lanterns, were empty and nonessential services and gatherings were banned. 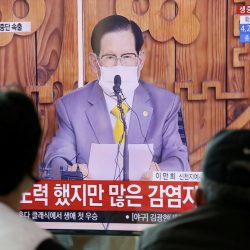