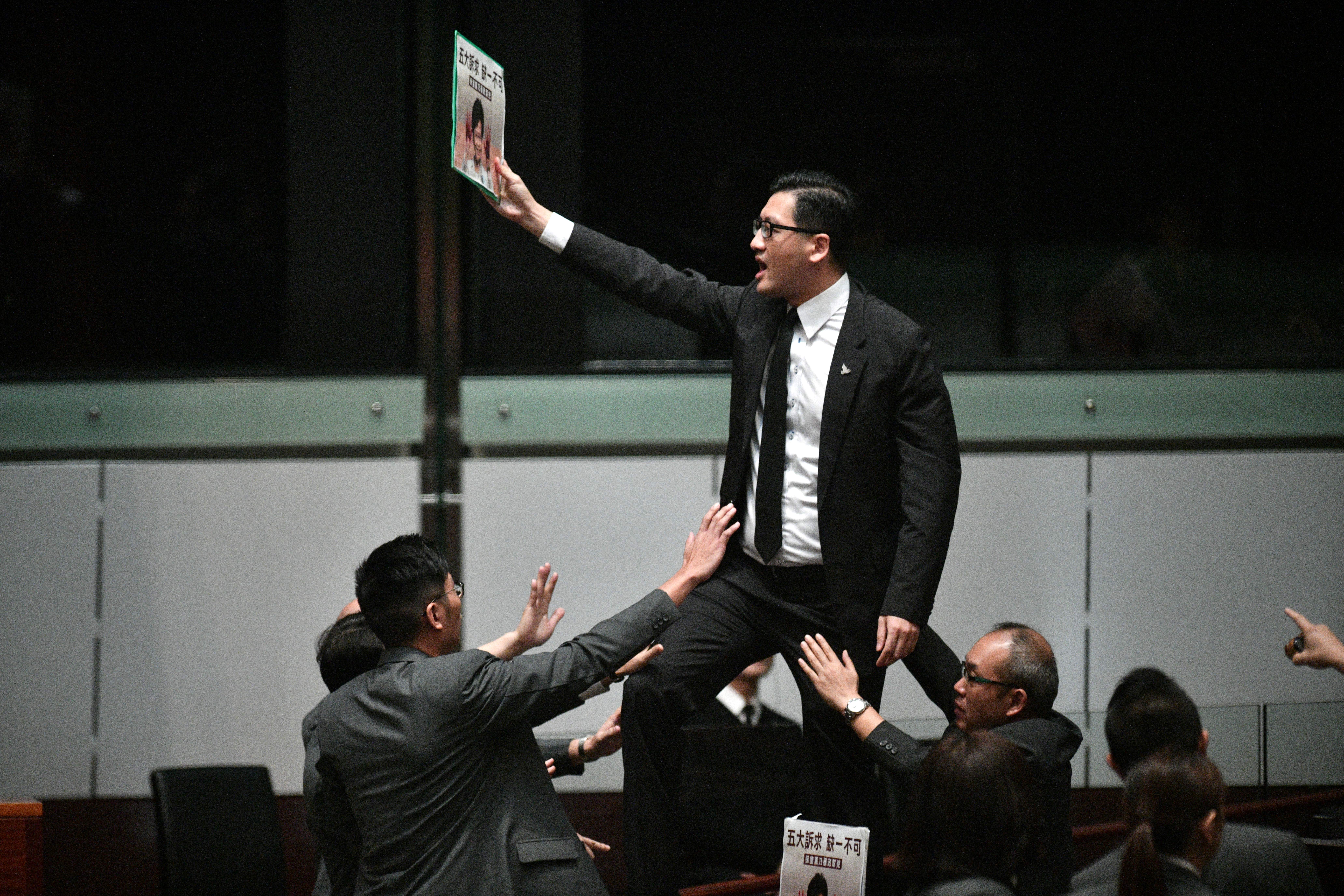 (FILES) In this file photo taken on October 16, 2019, pro-democracy lawmaker Lam Cheuk-ting (C) stands up and protests shortly before Hong Kong’s Chief Executive Carrie Lam (not pictured) leaves the chamber for the second time while trying to present her annual policy address at the Legislative Council (Legco) in Hong Kong. – Two prominent Hong Kong opposition lawmakers were arrested early on August 26, 2020 in a police operation focused on last year’s huge anti-government protests, the latest move in a widening crackdown against the city’s democracy camp. (Photo by ANTHONY WALLACE / AFP)

Two prominent Hong Kong opposition lawmakers were arrested on Wednesday in a police operation focused on last year’s huge anti-government protests, the latest move in a widening crackdown against the city’s democracy camp.

Lam Cheuk-ting and Ted Hui were detained after raids on their homes early Wednesday morning according to their Democratic Party and statements on their verified Facebook accounts.

A police source told AFP that 16 people — including Lam and Hui — were arrested in the operation on Wednesday morning, which focused on anti-government protests in July last year. 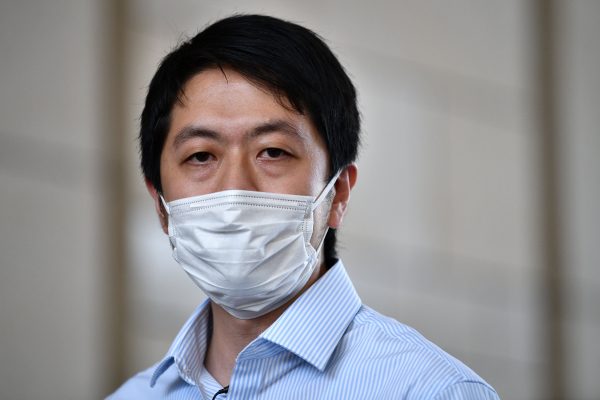 Pro-democracy lawmaker Ted Hui speaks to the media outside the West Kowloon Court in Hong Kong. – Two prominent Hong Kong opposition lawmakers were arrested early on August 26, 2020 in a police operation focused on last year’s huge anti-government protests, the latest move in a widening crackdown against the city’s democracy camp.

Both are minority pro-democracy lawmakers in the city’s partially elected legislature and vocal critics of both Beijing and the Hong Kong government.

A post on Lam’s Facebook page said he was arrested “on suspicion of participating in rioting on 21 July” last year.

That day, Lam and dozens of pro-democracy protesters were beaten by a gang of government supporters, some with “triad” organised crime links, in the town of Yuen Long.

Police were late to arrive on the scene and were also filmed allowing some of the armed attackers to leave, scenes that sent already swirling distrust of the force skyrocketing and helped fuel the months of protests.

Lam was also charged with “conspiring to damage property and obstruction of justice outside Tuen Mun police station on 6 July last year”, the statement said.

Hui’s office released video footage of his arrest where officers said they were charging him with attempted obstruction of justice, access to a computer with criminal or dishonest intent and criminal damage.

He was later led from his house in handcuffs. The party said his charges also stemmed from a protest on 6 July last year.

Police said a press conference would be held later in the day.

Beginning in early June last year, Hong Kong was hit by seven straight months of huge and often violent pro-democracy protests in which more than 9,000 people were arrested.

The huge rallies upended the city’s reputation for stability and sparked a crackdown by China that has dramatically gathered pace this year.

In late June, Beijing imposed a sweeping new security law on the city, tightening Communist Party control over the semi-autonomous city and ending the legal firewall between the two territories.

Overnight, certain political views such as advocating independence or greater autonomy for Hong Kong became illegal and arrests have followed.

A dozen pro-democracy figures were also barred from standing for local elections because of their political views.

In response to the security law, many Western nations have ended their extradition agreements with Hong Kong.

The United States placed sanctions on a group of Chinese and Hong Kong officials and declared the financial hub was no longer sufficiently autonomous from the authoritarian mainland.

The protests died down at the start of the year thanks to mass arrests and the coronavirus pandemic.

But police have since arrested dozens of prominent pro-democracy figures on a slew of charges related to the rallies and the court diaries are now filled with hearings and trials. 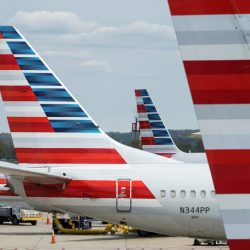 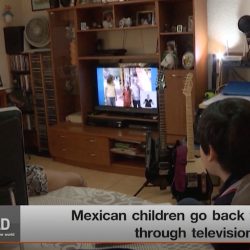 Mexican children go back to school through television