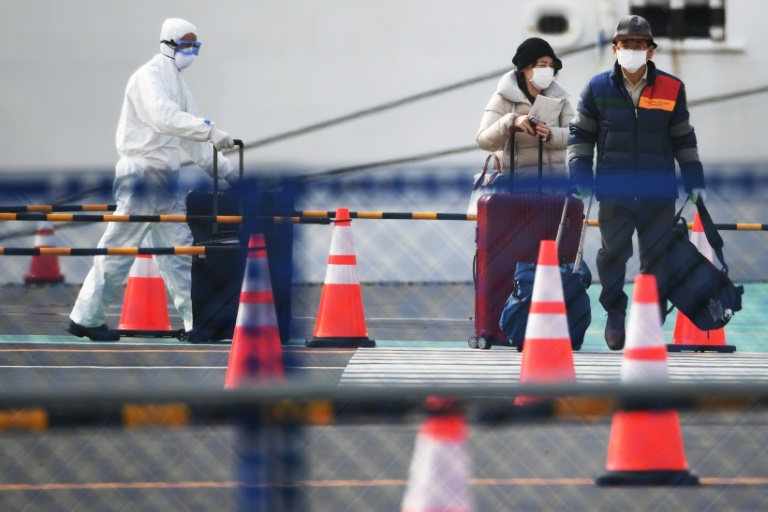 TOKYO (REUTERS) – Two passengers from a coronavirus-hit cruise ship moored near Tokyo have died, public broadcaster NHK said on Thursday, as a second group of passengers began disembarking after two weeks quarantined on board.

More than 620 of the passengers on the Diamond Princess liner have been infected on the ship, which has been quarantined since Feb 3, initially with about 3,700 people on board.

NHK, citing a government source, said the passengers were a man and woman in their 80s.

The rapid spread of the disease – Japan has well over half of the known cases outside China – has sparked criticism of the authorities just months before Tokyo is due to host the Summer Olympics.

In a move to reassure the public, the health ministry also issued a statement in both English and Japanese that said all passengers had been required to stay in their cabins since Feb 5 to contain the virus.

Public criticism of the government has played out in social media.

“There is no need for further discussing this,” he said in a tweet, apologising to “those who got involved”.

He later told a news conference he took down the video because he was informed conditions on the ship had improved.

About 500 passengers were set to disembark on Thursday while another 100 people were to leave for chartered flights home, a health ministry official said. 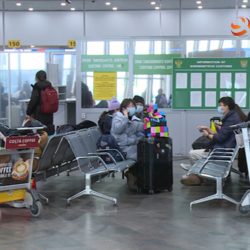