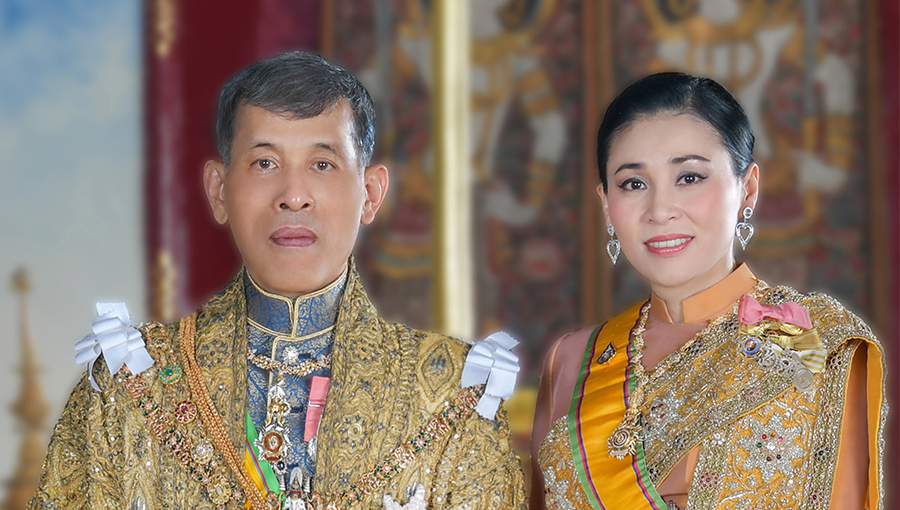 Their Majesties the King and Queen have offered their condolences to families of the victims killed by the rogue army trooper in Nakhon Ratchasima over the weekend. They also praised the shoppers trapped inside the Terminal 21 mall for their endurance and spirit of mutual support during the crisis.

In the message, which was released today by the Public Relations Departments, Their Majesties also praised all officials, including the police, local administration officials, army troops, doctors, nurses and volunteers and the private sector for their roles in helping to resolve the situation.

Thirty people, including gunman Sgt-Maj Jakrapanth Thomma, were killed in the shooting rampage, which was sparked by a dispute over unpaid fees from a real estate deal.

In parliament this afternoon, MPs observed one-minute of silence, in remembrance of those who died in the shooting, before they then took to the floor to debate what had happened.

Pheu Thai MP for Nakhon Ratchasima, Kosol Patthama, demanded that Prime Minister Prayut Chan-o-cha ensure that all the injured and families of the dead are fairly compensated by the Government.

He also suggested that steps must be taken to make sure that such a violent incident is not repeated.

Another Pheu MP for the province, Mr. Sirasith Lertduaylarb, said he wondered how one rogue solider could steal several weapons and ammunition from a military armoury to use in the shooting spree.

“It would only take 20-30 people with similar mind sets as the rogue soldier, and we could lose all our tanks as well!” he quipped.