CARE, Thailand’s latest political outfit, is being presented as an alternative to existing parties and their constant infighting, but in the eyes of political analysts,  the group will find it difficult to evolve into a political party with serious impact.

CARE was launched on Wednesday, but has failed to impress observers, offering little that distinguishes it from other political outfits, especially in wooing the hearts of young voters.

Stithorn Thananithichot, a political scientist at King Prajadhipok’s Institute, said CARE offered an alternative option in the “pro-democracy” camp, but nothing new for the public in general.

“The co-founders are the same old faces, while there are no non-partisan figures in its membership,” the academic pointed out.

Yuthaporn Issarachai, a politics expert at Sukhothai Thammathirat Open University, agreed: “From what I see there is nothing fresh in terms of either the personalities or their proposals. The original ideology of the three founders, namely Phumtham, Prommin and Surapong, is nothing new.”

The analyst said their ideology of fighting against coup-makers and for democracy was a tired old cliché used again and again to deal with a fundamental problem in Thai society, and that it would not be enough to attract serious public attention.

Although its founders deny they plan to launch a new political party, observers believe the move to form CARE is part of a strategy to prepare the opposition Pheu Thai, which has close links with Thaksin, for the next election.

In Stithorn’s view, the group’s ultimate goal is to evolve into a new electoral party amid growing speculation that Pheu Thai is being wooed to become a coalition partner in the Prayut government.

In case the speculation is true, it was necessary to establish a new party for pro-democracy Pheu Thai members who are strongly opposed to the current government, he added.

The analyst said the co-founders of CARE may be seeking to repeat their previous success as co-founders of Thaksin’s Thai Rak Thai (TRT), which swept to power in 2001.

“They aim to form a party with a legacy like TRT, one that will also attract young-generation voters like the now-defunct Thai Raksa Chart Party [another Thaksin-affiliate party],” Stithorn commented.

But Stithorn was sceptical this aim can be achieved, given the dramatic changes in the political landscape, context and allegiances of voters in the 22 years since the TRT was founded.

To stamp its mark like TRT and grab votes among the fast-swelling young generation is no easy task, experts said.

The TRT won dramatic success two decades ago because it brought fresh policies as well as hope to the new generation.

But now, the Kao Klai Party and the Progressive Forward Group led by billionaire-turned-politician Thanathorn Juangroongruangkit – both spawned from the dissolved Future Forward Party – have attracted strong followings among the younger generation, making it difficult for other parties to grab a share, Stithorn added.

Moreover, there is also competition for the youth vote from others, including the newly formed Kla or Dare Party of Korn Chatikavanij and the Progressive Constitution Group co-founded by Parit “Itim” Wacharasindhu, a former member of the Democrat Party’s New Dem faction.

Yuthaporn agreed that CARE offered little to attract new-generation voters, who tend to be more interested in identity politics or issues like gender and environment.

The academic said that to be successful, a new political group must propose fresh ideas that catch the public’s imagination. If its ideas fell flat, then the group would remain a think-tank, criticising and scrutinising the government’s policies, but never making the leap to become an established party.

Moreover, the fact that its co-founders are associated with Thaksin would make it difficult for the group to attract anything other than Pheu Thai supporters or to broaden its political base beyond that of Thaksin to other groups, especially the new generation, according to Yuthaporn.

Distancing themselves from the fugitive ex-premier will be a tough task given group members will be questioned as to whether they are just another part of Thaksin’s “political game”, said the academic.

CARE, which was launched with 30-40 members, describes itself as a group of people from all walks of life who care about the future of Thailand.

“We will expand our network to brainstorm and cooperate, bringing everyone together to ‘think, drive, Thai’,” says the group’s campaign manifesto.

“We believe we will be able to generate countless possibilities and solutions to drive Thailand ahead to regain its dignity and pride alongside other civilised countries.”

Apart from heavyweight politicians linked with Thaksin, other founders including economist Supavut Saichue, outspoken TV commentator Lakkhana “Khaek” Panvichai, and celebrated architect Duangrit Bunnag. All were introduced at the group’s launch event, held in a studio at Voice TV, which is owned by Thaksin’s children.

The widespread belief that CARE was formed as a result of conflict within Pheu Thai was dismissed by co-founder Phumtham. He insisted that he is still a Pheu Thai member and had no plans to invite fellow party members to join the group.

Questioned on why he had not kept his political activity within Pheu Thai, Phumtham said CARE was formed to gather ideas for solutions to the country’s problems from civil networks and professionals in various fields, who would have been reluctant to join any initiative launched by an existing party.

However, Phumtham did not rule out the possibility of CARE becoming a political party.

“It depends on future situations,” he said. 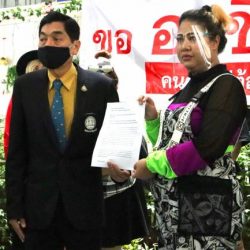 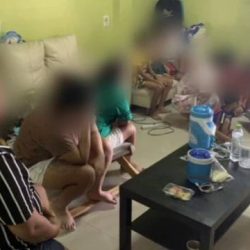