Industry Minister Suriya Juangroongruangkit announced today (Monday) that his ministry is fully committed to the decision of the National Hazardous Substances Committee to ban paraquat, glyphosate and chlorpyrifos.

He said that the decision of the NHSC on October 22nd would remain unchanged and there would be no review of the status of any of the three substances as speculated.

“My standpoint is firm and remains unchanged.  If you take a look back of my previous statements, I have never said, once, that we would not ban (the substances).  However, there were voices echoing from the farmers who are affected (by the ban) and, as a minister, I am concerned with all groups of people,” said Mr. Suriya.

The industry minister said he would like experts from the Ministry of Agriculture to assist the farmers and to find affordable alternatives to replace the three banned chemicals.

The NHSC ruling bans the import, trade, use and possession of the chemicals effective from December 1st.

Speculation has been rife that the NHSC, at its next meeting, may review the ban on glyphosate, due to pressure from the US, which claims that the substance, which is widely used by the farm sector in the US does not pose a serious health threat as feared. 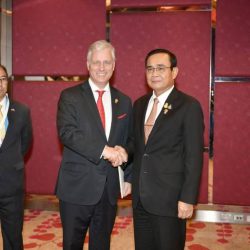 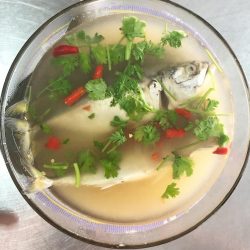 What You Eat Matters