Medical personnel take a break in between Covid-19 coronavirus testing in a drive-thru centre at a private hospital in Bangkok on January 8, 2021 after the Thai government imposed further restrictions due to the recent outbreak. Lillian SUWANRUMPHA / AFP

The Centre for COVID-19 Situation Administration (CCSA) has expressed its concern over rising infections among Thai medical personnel and has urged them to receive a fourth dose of vaccine to boost protection.

CCSA Assistant Spokesperson Dr. Sumanee Wacharasint said that, in recent days, about 30 medics have been infected with COVID-19 each day adding, however, that while the numbers are low, the implications are of greater concern, because there will be a reducing number of medical personnel to take care of patients.

She cited the case of Bhumibol Adulyadej Hospital in Bangkok, where some medics were found to be infected, but the emergency ward still had to be closed temporarily.

She also said that 16 medics in Chon Buri were found to be infected in a single day, adding that such infections are on the rise, prompting the need for frontline health workers to get 4th vaccine shots.

More than 500,000 people in high-risk groups and frontline health workers have already received their fourth dose. For other groups, there is no decision yet on whether or when they will be given the extra booster shots.

The CCSA has instructed the Education Ministry to develop contingency plans, in preparation for the resumption of on-site learning at many schools, most of which are ready to resume classes.

The CCSA also expressed concern over the rising trend in infections in “sandbox” provinces, including Bangkok, where new infections have risen markedly since the New Year. In the rest of the country, new infections are stabilising at between 7,000 and 8,000 cases.

Public Health Minister Anutin Charnvirakul said that he is optimistic that actual Omicron variant infections will be fewer than 30,000 cases, as was previously forecast. 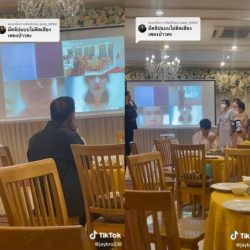