Prime Minister Prayut Chan-o-cha has appealed to members of coalition parties to bury the hatchet now that Sunday’s by-elections in Songkhla and Chumphon provinces are over, said Government Spokesman Thanakorn Wangboonkongchana today (Tuesday).

Thanakorn did not name any specific government parties, but the comment is understood to have been aimed at the Palang Pracharat and Democrat parties, which engaged in a fierce war of words during by-election campaigning.

The spokesman said that, at the cabinet meeting today, the prime minister congratulated the Democrat party for its by-election wins, while urging all coalition parties to work together in the public interest and avoid unnecessary friction.

Commenting on the official launch of a new party, “Sarng Anakot Thai”, to be formally announced tomorrow by former finance minister Uttama Savanayana and former energy minister Sontirat Sontijirawong, the prime minister said that he has nothing to do with the party, adding that the two former ministers have the right to form their own party. 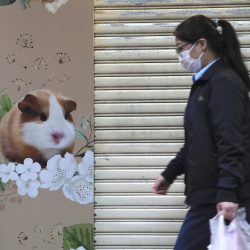 Hong Kong to cull 2,000 animals after hamsters get COVID-19