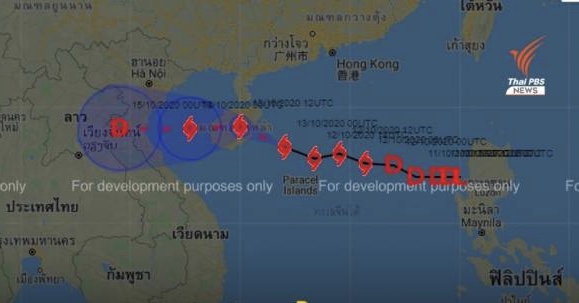 Military units, tasked with public disaster relief responsibilities,have been placed on standby, to help people affected by flooding, as Thailand’s Meteorological Department warns of heavy rains, from tomorrow until Friday, triggered by tropical storm Nangka, which is forecast to make landfall in Vietnam tomorrow or Thursday.

In its 4th announcement today, the Met Office reported that Nangka, which is moving westward at 20kph, was located about 150km to the east of China’s Hainan Island at 10am today, with wind speeds of 75kph at its centre.

The storm’s landfall, in northern Vietnam, will trigger more rain in Thailand’s eastern provinces and parts of the Northeast, while a southwestern monsoon over the Andaman Sea and the Gulf of Thailand is gaining in strength and will bring more rain, some of it heavy, to the southern region.

Defence Ministry spokesman, Lt-Gen Kongcheep Tantravanich,said today that public disaster relief units of the three armed forces have advised people in the affected areas to brace for heavy rain from tomorrow until Friday.

The Met Office is also closely monitoring another storm, Zodel, which is forecast to move into the South China Sea from the Philippines on Thursday, and is expected to hit Vietnam this Saturday.

This storm is expected to bring more rain to the eastern and southern regions of Thailand from Friday through Sunday, butthe storm may change course. 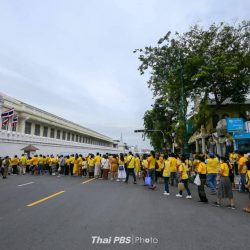 About 3,000 expected to be tested for COVID-19 in Mae Sot district on Tuesday