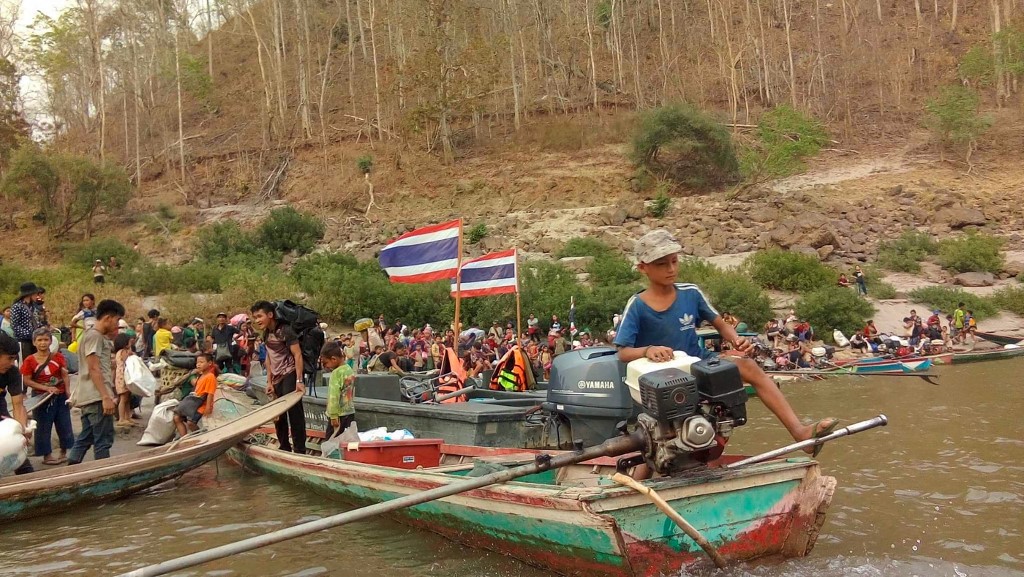 This handout from Ei Tu Hta community leaders taken and received on March 29, 2021 shows Karen people, who had crossed the Salween river into Thailand to seek refuge after air strikes in eastern Myanmar’s Karen state following the February military coup, being requested by the Thai authorities to leave Mae Hong Son and head back in boats across to the Myanmar side of the river. (Photo by Handout / EI TU HTA COMMUNITY LEADERS / AFP)

Thai Foreign Affairs ministry denied news reports that Thailand has pushed back Myanmar civilians that fled conflict across the border into the country.

The statement published by the Director-General of Department of Information and the Spokesman of the Ministry of Foreign Affairs, Tanee Sangrat, said that there are certain news reports on 29 March 2021 alleging that some Karens who fled into Thailand have been forced to return to Myanmar territory are inaccurate. “Those reports cite information solely from non-official sources without confirming the facts from official sources on the ground which affirmed that no such pushback took place.”

The past weekend saw the deadliest anti-Junta government crackdown yet since the coup on February 1st, raising the total death toll to over 500 people.

Myanmar local media reported the military launched air stile attacks into areas where Karen-ethnic resided, resulting in thousands of them fled into the forest, and crossed the border to Thailand. Karen National Union (KNU) has been supporting the anti-coup movement and reportedly attacked some of the military posts in their state.

Tanee stated that Thailand has been monitoring the developments in Myanmar closely. “Thailand has experienced various influxes of people from its neighboring countries for a variety of reasons over many years. In the past, we have always assisted groups fleeing fighting and unrest based on our humanitarian tradition and internationally accepted principles.”

He said at this particular time, Thai relevant agencies on the ground have made “appropriate preparations, including in discussing standard operating procedures and potential holding areas to accommodate any possible movements.”

Tanee said Thai authorities will continue to look after those on the Thai side of the border while assessing the situation in Myanmar closely.

“It should also be noted that COVID-19 prevention measures have already been in place in the border areas for quite some time,” he added. 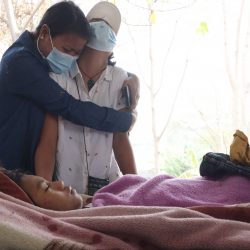