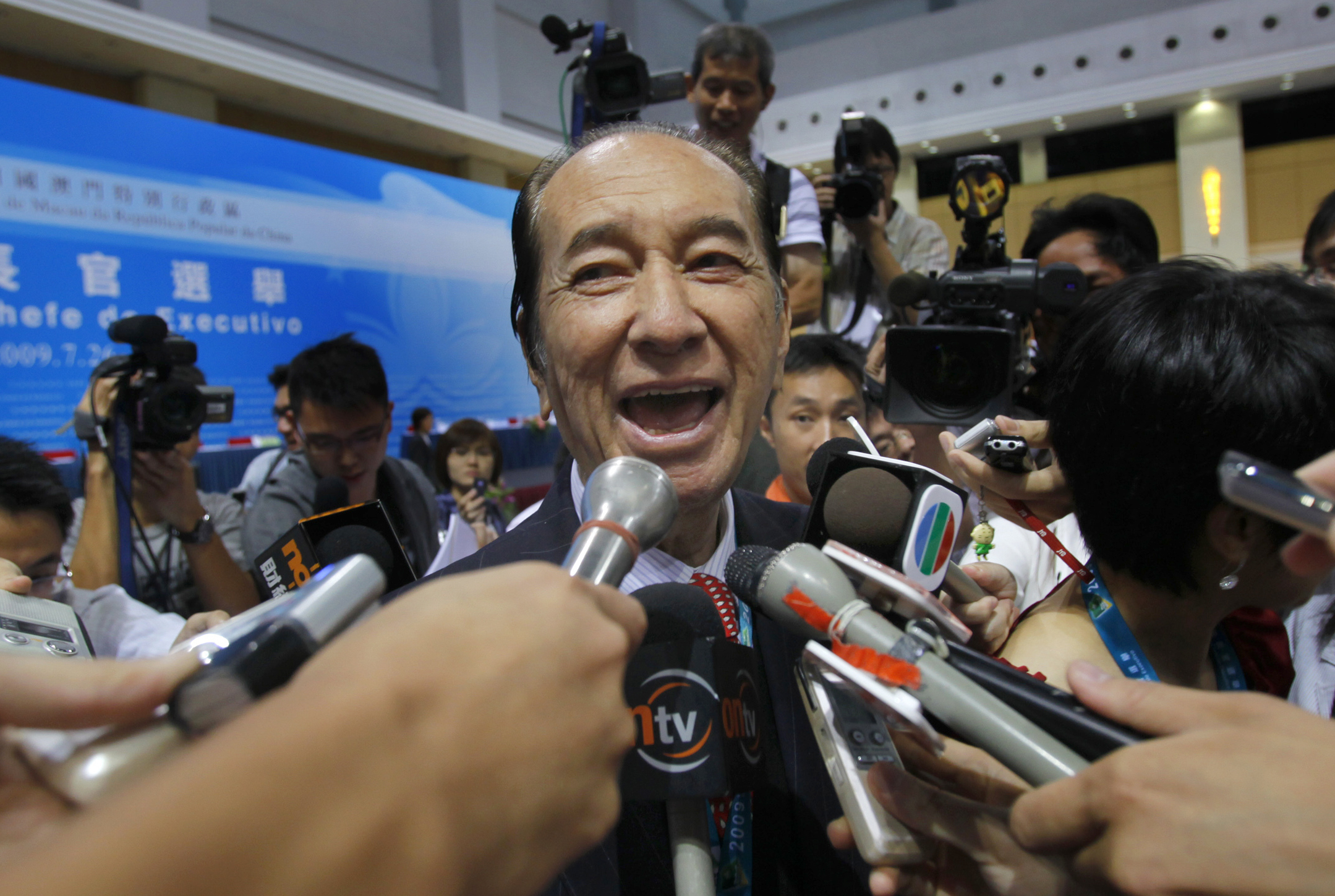 FILE : In this file photo taken on July 26, 2009, Macao tycoon Stanley Ho, talks to reporters after the Macau chief executive election in Macao. On Tuesday, May 26, 2020, the family of Stanley Ho, the Macao casino tycoon considered the father of modern gambling in China, has died at 98. (AP Photo/Vincent Yu, File)

Stanley Ho, the Macao casino tycoon who was considered the father of modern gambling in China, died Tuesday in Hong Kong, his daughter Pansy Ho said. He was 98.

Known as the “King of Gambling,” the dashing billionaire and bon vivant secured a four-decade monopoly on casinos in Macao, then parlayed his home advantage to build the empire that still dominated the industry after it opened to foreign companies in 2002.

He was the former Portuguese colony’s richest person, a lavish spender and accomplished ballroom dancer who wielded great influence both in Macao and in neighboring Hong Kong while — according to U.S. authorities — maintaining ties to organized crime.

Tall, handsome and of mixed Chinese and European heritage, Ho fathered 17 children with four women. His extended family erupted in high-profile squabbles over his empire during his later years.

Ho himself avoided the gaming floor.

“I don’t gamble at all. I don’t have the patience,” Ho told The Associated Press in a rare interview in 2001. “Don’t expect to make money in gambling. It’s a house game. It’s for the house.”

He also had stakes in businesses that run everything from the ferries and helicopters connecting Hong Kong and Macao, to department stores, hotels, Macao’s airport and its horse-racing tracks.

In 2009, Ho underwent brain surgery after he reportedly fell at home and hit his head. He left the hospital after seven months and was rarely seen in public afterward, usually in a wheelchair.

His weakened condition may have set the stage for a very public family feud that erupted in 2011 over control of Macao casino operator SJM Holdings Ltd.

Ho disputed a supposed transfer of his entire multibillion-dollar stake to five of his children and one of his wives, calling it a “robbery” that went against his desire to divide the fortune equally among various branches of his family.

The dispute eventually was settled after several lawsuits, and Ho transferred most of his SJM shares to family members while officially remaining chairman until he retired at age 96. He had left the same job at his Hong Kong conglomerate Shun Tak Holdings a year earlier.

He was born on Nov. 25, 1921, into the Hotung family, at the time one of Hong Kong’s wealthiest and most powerful. When he was 13, his father abandoned the family after being wiped out by a stock market crash during the Great Depression.

Ho attended Hong Kong University but didn’t graduate because of World War II. Fluent in English and Chinese, he was working as a telephone operator for British forces when the colony fell to Japan. He boarded a boat for neutral Macao, joining refugees from mainland China in the dying fishing port.

“I had to throw away my uniform and run to Macao as a refugee,” Ho said in the 2001 interview.

During the war, he earned money running nighttime smuggling and trading trips up the Pearl River Delta, surviving a pirate attack on one occasion.

“Macao treated me so well. I went there with 10 dollars in my pocket and became a millionaire before the age of 20,” Ho said.

In 1948, Ho married Clementina Leitao, the daughter of a prominent lawyer in Macao who had connections to Portugal and to Macao high society. Those ties and Ho’s efforts to curry favor with Macao authorities are said to have helped him and his business partners win the casino monopoly when it came up for bidding in 1962. About the same time, Ho married Lucina Laam under a Qing dynasty code allowing men to take multiple wives. Hong Kong outlawed the practice in 1971.

Ho fathered children with two other women, Ina Chan and Angela Leong, whom he referred to as his “wives,” though he was not legally married to either. Ho reportedly met Chan, a nurse, when she was hired to care for an ailing Leitao, who died in 2004.

Through his love of the tango and the cha-cha, Ho met Leong, a trained dancer and former ballroom dancing instructor.

The new players brought slick offerings to compete in the world’s most lucrative gambling market with SJM’s nearly two dozen no-frills casinos — the company didn’t build its own lavish megaresort until years later.

Allegations of organized crime dogged Ho for years, most recently in a 2010 report by the New Jersey gaming commission that accused him of letting Chinese criminal gangs, or triads, prosper inside his casinos during the 1990s. He dismissed such allegations.

Ho was known to spend lavishly. In 2007, he paid $8.9 million for a bronze horse head taken by French troops 150 years ago from China’s imperial palace so he could donate it to a Chinese museum. He also twice bid a record $330,000 for truffles at charity auctions.

Ho is survived by three of his wives and 16 children. His eldest son, Robert, was killed in a car crash in Portugal in 1981.

Several of Ho’s children are involved in the family business. Daughter Pansy is co-chair of rival MGM’s Macao casino business while son Lawrence runs another competitor, Melco. Another daughter, Josie, is an actress and singer who had a role in the 2011 Steven Soderbergh film “Contagion.”

Back in 1962, when Ho acquired the gambling monopoly, the tiny Portuguese enclave west of Hong Kong was a decaying backwater deluged with refugees.

“In those days, the Portuguese said Stanley Ho was a dreamer. I have fulfilled all my promises,” Ho said in 2001. “I feel rather proud in having succeeded.” 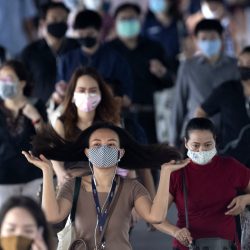