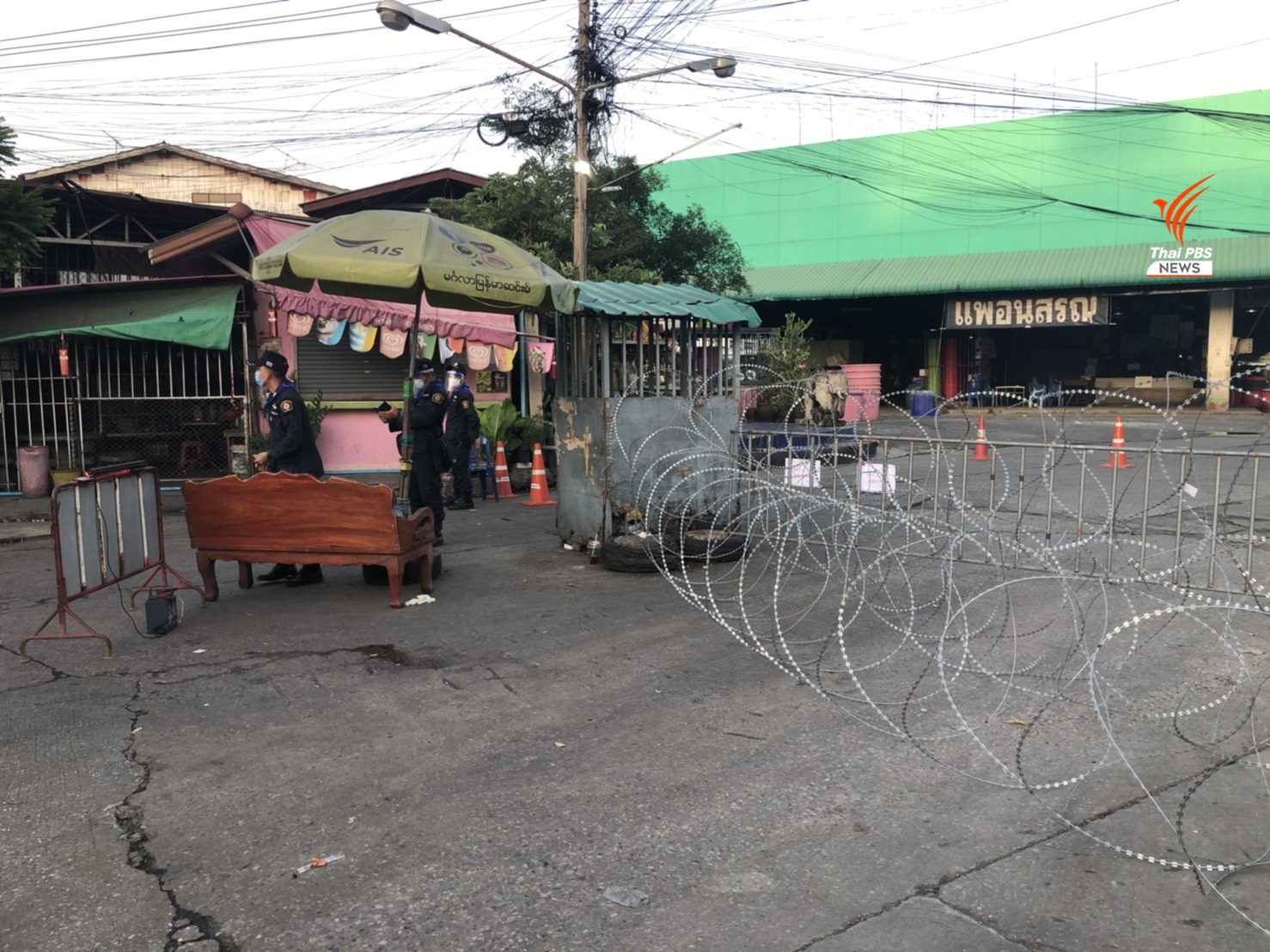 Residents of Samut Sakhon woke up to a different new day Sunday to find themselves facing what is now seen as a second wave of the Covid-19 pandemic that has already forced a lockdown of one of the country’s biggest fishing towns.

The province, about 40 kms from Bangkok, is the first to revert back to the drastic lockdown measures implemented nation-wide early this year when Thailand was hit by the pandemic after authorities reported Saturday that as many as 548 people, mostly Myanmar migrant workers, were found to be infected with the virus.

Thai PBS news team at the scene reported that barbed wires were set up around the central shrimp market which is now believed to be a new Covid-19 hotspotand has been sealed off by local authorities. 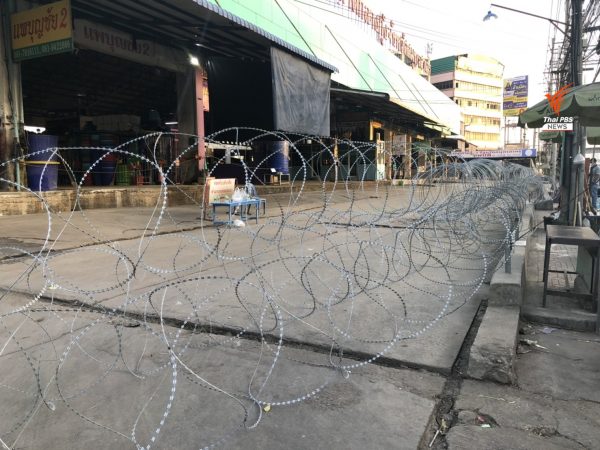 Speaking to Thai PBS this morning, Samut Sakhon Governor Veerasak Vijitsaengsri gave an assurance that the spread of the virus is being confined to the community of migrant workers.   However, he urged all residents of the province to cooperate with authorities to deal with the situation.

“We are now waging a war against the pandemic. Everyone needs to help in the effort,” he said.

Samut Sakhon is heavily dependent on migrant workers for its fishing industry.  It’s estimated that there are as many as 300,000-400,000 migrant workers in the province and most stay in crowded living quarters. Many are believed to have entered the country illegally from neighbouring Myanmar.

The whole of Samut Sakhon has been placed under a lockdown since Saturday night.  Governor Veerasak said the lockdown will take effect until January 3 during which all festivities, including those planned for the New Year, will be banned.

The lockdown means that all schools, shopping malls, beauty parlours, gaming venues, and nurseries will be closed.  Food–shops can open only for takeaways while fresh markets will be permitted to open for only six hours a day.   Convenience stores will be closed between 10pm-5am.

They are the same measures introduced nation-wide earlier this year by the Prayut government to deal with the Covid-19 outbreak but lifted after authorities were able to have situation under control.

Short of imposing a curfew, the governor has asked for cooperation from the people in the province to stay indoor between 10 pm 5 am the next day.   All travel for migrant workers in Samut Sakhon is also banned while restrictions will be placed on people leaving and going into the province. 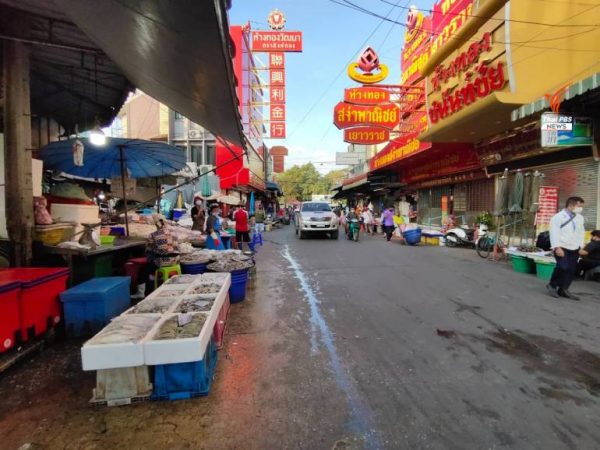 However, Samut Sakhon is still going ahead with the local election to elect members of the provincial administration today.  Governor Veerasak said extra health safety measures are being taken at all polling booths.

The discovery of the new infections was related to a 67-year-old shrimp vendor in the province who tested positive for Covid-19 on December 17 after being admitted to Mahachai Hospital.

Governor Veerasak said Samut Sakhon had been free of the virus for 250 days until the latest outbreak. 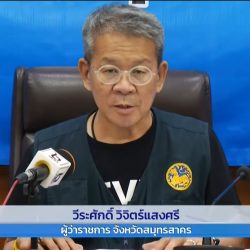 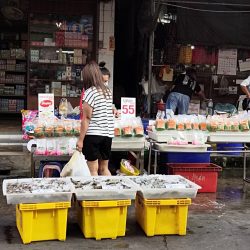