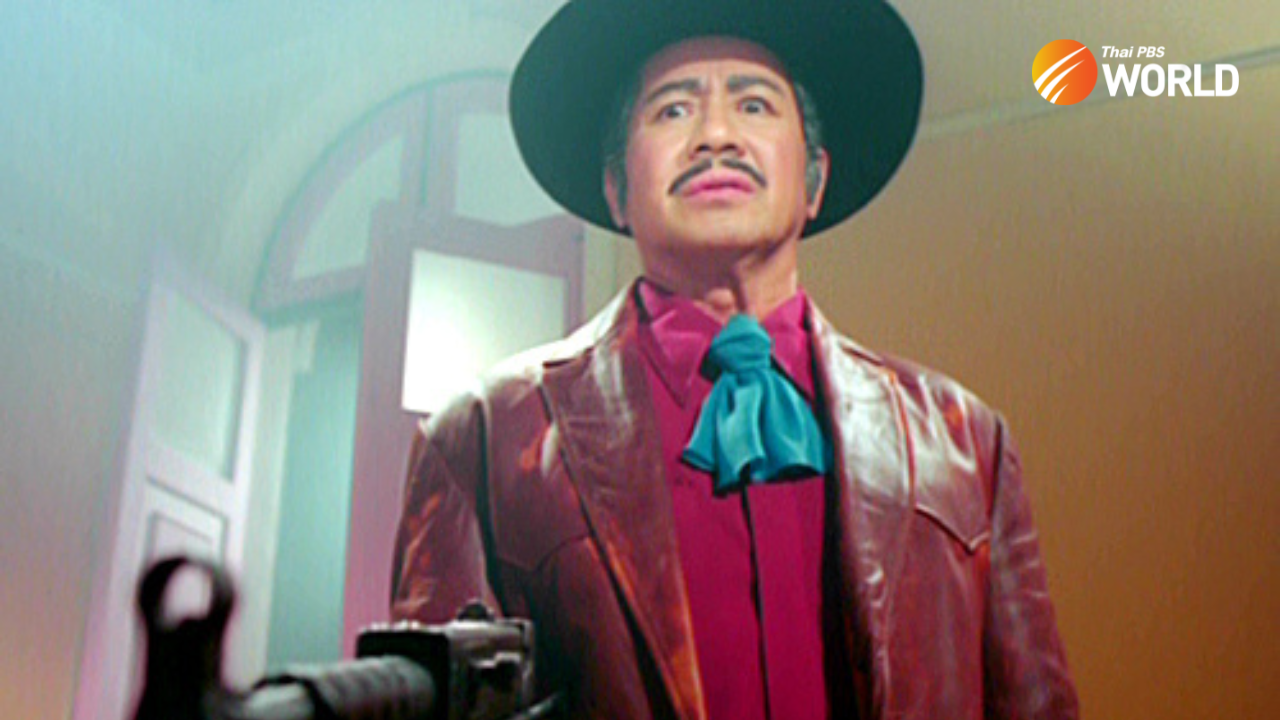 Sombat Metanee in the movie “Tears of the Black Tiger”.

Back in his heyday half a century ago, late actor Sombat Metanee was the man of every woman’s dreams, and his movies were guaranteed blockbusters. One has to wonder how he would have done in today’s Thai entertainment industry where aesthetic standards and trends are so very different.

Prior to his debut in the 60’s, Sombat was just a good-looking guy. He hadn’t really thought of a career in films – let alone becoming a top leading man. “I never thought about acting, but I was good-looking, smart; I have sex appeal,” Sombat was quoted as saying in a newspaper in 2006, took about his beginnings in the entertainment industry.

His attractiveness landed him his first acting role during the scouting for a TV series Hua Jai Pratana (Heart’s Desires). He later caught the eye of film director Noi Kamolwatin. His first leading role in Roong Petch (Diamond Rainbow) release in 1961 shot him to success and his acting career took off, skyrocketing to the point that he was in the Guinness World Record as a leading actor in the most films (617 movies).

That number was almost attained by the late legend Mitr Chaibancha and both were always wanted for action films. After Mitr’s accidental death in 1970, Sombat became the top Thai leading man. He often worked with Mitr’s co-star Petchara Chaowarat but later mainly paired with Aranya Namwong, with the two establishing themselves as Thailand’s top screen couple of the period.

“He was like a family member to me. We met on movie sets like 300 days a year. Phi Add (brother Sombat) was professional and always punctual so he was a good role model for the later generations of artists,” said Aranya in an interview after learning of his death.

During his prime in the 60’s and 70’s, Sombat was a handsome Thai man with a sculpted body, manly face and slicked-back and pomaded hair. Not only his fans but also fellow actors thought he looked great. “I didn’t think I ever looked smart like other male superstars such as Sombat Methanee,”  the late Sorapong Chatree once said.

But looks alone didn’t take him to the top. Like Mitr before him, Sombat often performed his own stunts. He was athletic, playing many sports since his secondary school days. He loved working out, and his muscular body and tanned skin suited the demands of movie directors perfectly. His movies and roles defined the action-packed Thai films whose backdrops were often rural areas. He was a cowboy, a top police detective, a secret agent, a gunman and a warrior. Later generations joke about this particular genre, referring to the type of film as “Raberd Phukao, Phao Kratom”, which translates as “blowing up a mountain, burning the huts”.

Although firmly established as an action star, Sombat was a versatile actor and was also good in romantic-comedy and period dramas. He will always be remembered for his turns in comedies by director Dokdin Kanyamarn including Ai Tui (Mr. Tui) and Por Pla Lai (Womanizer). His physical appearance and abilities in Thai martial arts also landed him leading roles in epic period films. In 1966, the actor won a “Golden Doll” – Thailand’s version of an Academy Award -for best actor in Suek Bang Rajan (The Battle of Bang Rajan). His last period role was in the 2001 epic “The Legend of Suriyothai” by director Chatrichalerm Yukol in which he played Lord Mingyi Thihathu.

His interest also extended to producing films. He founded Metanee Film in 1973 and produced 23 films, among them action-packed Nak Leng Tewada (The Holy Hoodlum) Narok Tarutao (The Hell of Tarutao) and the historical epic, Khun Suk (War Lord), all popular names among baby boomer film buffs.

Sombat was also a singer and later a politician but neither role could overshadow his acting and leading role status. In 2016 he was named a national artist in the performing arts category. To his fans – mainly those in the 70’s – he will be always remembered for his “hero” (protagonist) image, co-starring with many actresses of his time including Phetchara, Aranya, Pisamai Wilaisak, Piyamas Monyakul, Naiyana Cheewanan, Naowarat Yuktanant and Pawana Chanajit to name just a few.

“I am the most productive actor in the world as the record held by an Indian actor was only 500 films. I played opposite many actresses and I still keep in contact with those who are still alive such as  Amara (Amara Asawanon), Piak Aranya (Aranya Namwong) and Mee Pisamai (Pisamai Wilaisak),” he said in an interview last year.

His era was considered a golden period of local films when there was little foreign influence. Later, leading male actors were not necessarily “tall, dark and handsome” as the saying goes. There was a skinny type like Phairoj Sangwaribut, a country-looking guy like Sorapong, as well as Toon Hiranyasap, Witoon Karuna, Nirut Sirichanya, Santisuk Promsiri and Jetsadaporn Pholdee.

For the world of cinema, Sombat was not only a legend but the one who defined the aesthetics of “a good-looking man, with a manly figure and the character of a Thai male”. The legendary actor will forever represent a whole era when the protagonist had a Thai look and a muscular body and could never be considered remotely effeminate.
……..

Legendary actor Sombat Metanee died in his sleep at his Bangkok home on Thursday. He was 85. He was survived by his wife Karnjana and his children. 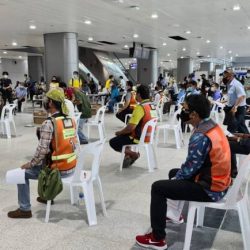