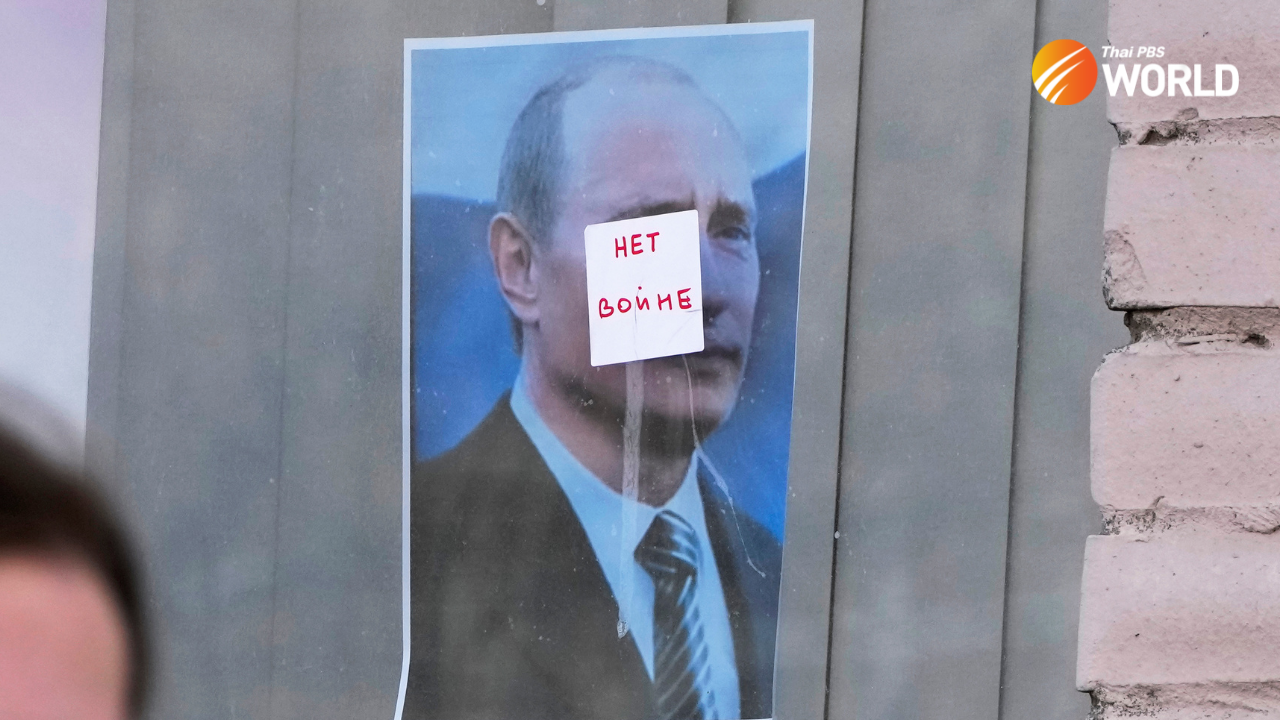 A ‘No War’ sign stuck on a portrait of Russian President Vladimir Putin, on the window of a children’s library in St. Petersburg, Russia, Tuesday, March 29, 2022. (AP Photo)

Ask Ukrainian President Volodymyr Zelensky what he wants more now, worldwide expression of sympathy or what he deems a fraction of western tanks, warplanes and anti-warship systems that he suggests could make a huge difference in the war raging on in his country at the moment. It’s a no-brainer question.

The colors of the Ukrainian flag appearing virtually everywhere on earth is a big message against Russia, make no mistake. Much of that is a sincere gesture. Combine it with political ones crafted by western governments, media and parliamentary people, and a powerful global statement has emerged. Whether it’s powerful enough to stop the Russians is another matter entirely.

Which is why Zelensky is growing increasingly frustrated, impatient and satirical. Your arms are gathering dust where they are kept and my country just needs one percent of that to defend itself, he has told the West. While governments on that side are drumming up “unprecedented” international opposition to the Ukraine invasion, he’s virtually saying nothing about that and instead begging for physical help.

What Ukraine needed was just 1% of NATO’s aircraft and 1% of its tanks and would not ask for more, he said. “We’ve already been waiting 31 days. Who is in charge of the Euro-Atlantic community? Is it really still Moscow, because of intimidation?” the embattled leader asked over the weekend. Seeing pictures of gutted buildings, war-torn residents, and refugees and nobody would blame him for the satire.

To be fair to those whose help he’s seeking, the scale of military help has to be weighed against some hard facts: This is the biggest flexing of non-American muscles since the Cold War and the one doing the flexing is armed with nuclear weapons, and has threatened to retaliate what it considers “interference” with its “personal affairs”. Nobody wants to cross the line where natural, appropriate aid becomes “direct” military intervention.

After 9/11, America used “Us or them” as a warning, designed to keep potential active helpers of the enemy away. Russia’s “Don’t mess with us” is more or less the same kind of threat. It has been militarily effective so far, just like the “Us or them” shield against armed intervention some two decades ago.

Was there a global opposition to the invasion of Iraq? Yes. Did the United Nations, considered an international peace-promoting mechanism advocated by the West itself, try to stop it? Yes. Was pro-peace rhetoric resounding when American troops were poised? Yes. Did the invasion go ahead anyway? Of course.

Then, ask Vladimir Putin what he hates the most _ global condemnation or losing this war. Like Zelensky, he has come to a point where positive or negative words matter less than military achievements. War has its own realities which only the two directly-warring parties can understand.

US President Joe Biden has publicly called Putin a “war criminal” who shouldn’t remain in power. “I agree”, Zelensky would have said. The Ukrainian leader could have thought further: if America invaded a country without any evidence of “weapons of mass destruction”, shouldn’t Biden go and dislodge someone who is “wreaking havoc” in full glare of the world?

The White House has scrambled to clarify Biden’s statement that Putin can’t remain in power. The US president was getting emotional and speaking what “you” think, not what the American government thinks, it said. In short, Washington isn’t seeking a Russian regime change.

The clarification just confirms that the realities of this Ukraine war are stronger than rhetoric, including one that has come from the most powerful man in the “free” world. The world is seeing that politics and diplomacy have their own reasons whereas wars have their own rationale, like when two boxers slug it out in the ring, boos and cheers were just noises that matter far less than on-coming punches. The audience and the fighters live under different sets of rules and they want different things.

Zelensky is seeming more open to the “neutral zone” idea, an attitude not forged by diplomatic advertisement but by sufferings which the realities of war have brought onto his country. The world is cautiously optimistic that he and Putin are moving just a bit closer, and therefore a quick way out is possible.

The latest statements suggested Zelensky was confused as to who his real friends were, what he should do next, and what should guide his future steps. Artillery smoke makes his country foggy, but the outside world appears no less hazy. All that is, perhaps ironically, seen through a pair of eyes opened by the war. 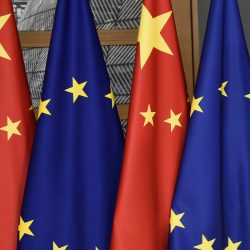 Ukraine top of agenda as China, EU prepare to meet at summit