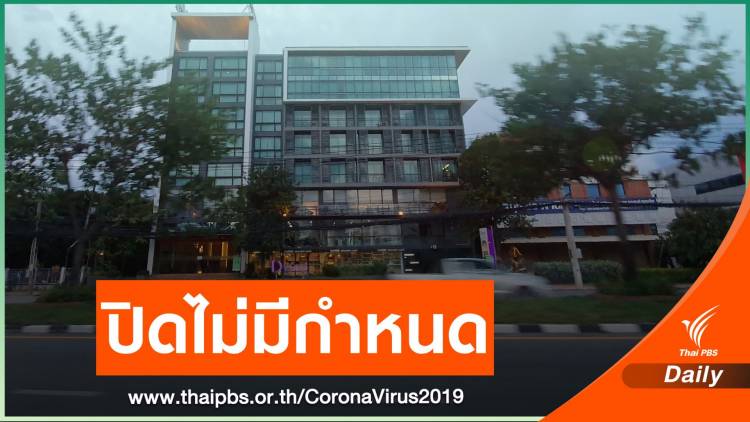 The hotel in Thailand’s eastern province of Rayong, where the Egyptian military mission stayed last week, has closed for at least 14 days from today (Tuesday) for a full cleansing and disinfection.

Meanwhile, the management of the Passione (formerly Laem Thong) Mall announced its closure today and tomorrow, as its 390 staff undergo COVID-19 swab tests.

Ms. Patthamaporn Nokhong, managing director of Passione Mall, suggested that hotels, which are to be used as quarantine facilities, should be close to the airport, not in the middle of a town or city.

“I don’t know who should be held accountable, but we would like everyone to have sympathy for the people, merchants and vendors of Rayong.  Everything was doing fine until this. We didn’t do anything wrong,” she said.

With the help of the Thai Chana tracing app, officials managed to trace the other 394 shoppers, who were visiting the mall at the same time as the Egyptians, within six hours.

Thailand’s Prime Minister Prayut Chan-o-cha, meanwhile, apologized to the public for the incident and said he has instructed the CCSA to review all measures which were eased to allow foreign arrivals in Thailand, including members of the diplomatic corps and military aircraft, adding that he has discussed the problem with the Foreign Ministry and the Egyptian ambassador to Thailand.

All military flights from Egypt have been cancelled until the problem is rectified.

Regarding the travel bubble plan, to boost the tourism industry, the Prime Minister said that the Government will not rush to make a decision, but will not completely close the country to foreign arrivals.

The Egyptian ambassador to Thailand expressed regret for the incident involving Egyptian delegation, in a statement issued today.  She also expressed sympathy for anyone affected by the incident, as she assured that the Egyptian embassy will cooperate fully with the Thai authorities to contain the resulting impacts.

The ambassador was summoned to the Thai Foreign Ministry today, to meet with Mr. Dusit Maenaphan, director-general of the Ministry’s South Asia, the Middle East and Africa division, during which the Egyptian envoy was told of the serious concerns of the Thai people.

The envoy was also informed of Thailand’s need to cancel all eight planned military flights from Egypt, which had previously been given clearance to land in Thailand.