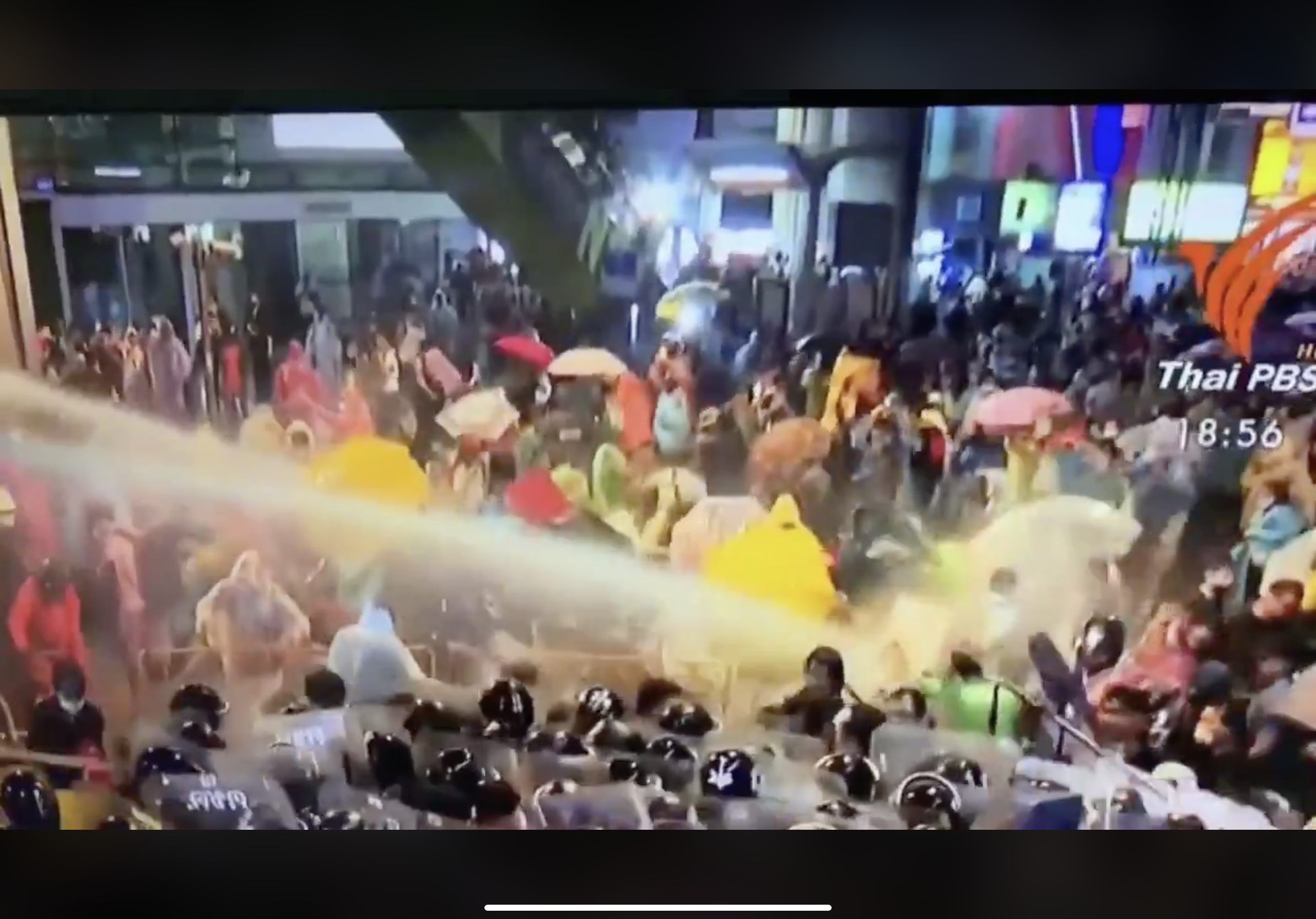 Anti-riot police, backed by high pressure water jet trucks, have dispersed a mass anti-government rally at Pathumwan intersection in the heart of Bangkok.

At least four police personnel and a protester reportedly suffered minor injuries in the operation which began at 6.30 pm and lasted more than hour.

Armed with shields and batons, the police charged the protesters who pushed back with barricades and projectiles. By 8.00 pm most of the protesters had dispersed but dozens remained defiant and continued to confront the crowd control police.

Ignoring repeated warnings that they were violating the state of emergency which bans public gathering of five people or more, the protesters held out against the police amid a drizzle.
Sprayed with water jets, reportedly mixed with dye and irritants, the defiant protesters gradually retreated as the police advanced.

Some protesters threw drinking water bottles at the police, while others used metal barriers to form barricades to slow the progress of the police advance.

The protesters later retreated from Pathumwan intersection to Phyathai Road towards Samyan where they regrouped. Several of the protesters took refuge in the compound of Chulalongkorn University.

At press time, the police were able to completely occupy the Pathumwan intersection. As protesters were retreating, protest leaders urged them to go home and return for another rally tomorrow. It was not immediately clear where they wanted the rally to be.

The protesters had initially planned to rally at Rajprasong intersection but later decided to shift their demonstration to Pathumwan intersection after the former had been blocked by a huge security force.

Meanwhile, Pathumwan District Court issued warrants for the arrest of 12 core members of the so-called Khana Ratsadon group which has been behind the anti-government protests. 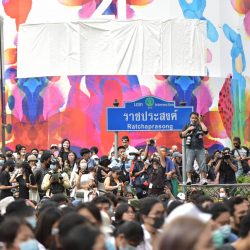 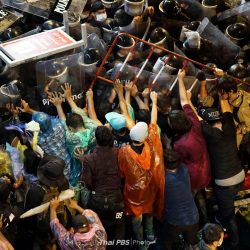